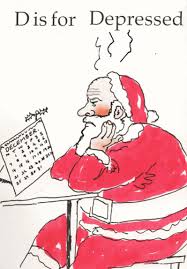 Maybe every December I go into this funk. I don’t know. 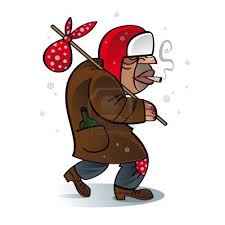 I do know that I’m easing out of my burnout since the end of my ballet class duties. Yesterday, my Mom was practically chipper as she went to her doctor’s appointment. She didn’t realize she was seeing her psychologist. His name is Dr. Thomas. She had confused it with her former pain doctor: Dr. Davis. 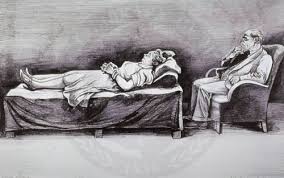 He thought she was doing well.

I told him I thought she had a period of depression after my daughters’ visit. He said that was pretty typical. I did say she had rallied in the last couple of days. 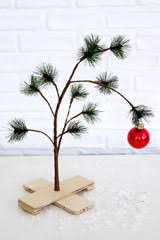 I brought up a fake scrawny Xmas tree and a wreath from her storage area to her room. She doesn’t remember that I gave her the fake tree one Xmas when she was deep in depression and wanted nothing to do with anybody or Xmas or anything. This year she thinks the tree is too scrawny looking. She asked for her ceramic tree which I had to tell her was discarded.

I promised her I would go to Bibles for Mexico and get her a new ceramic one. God knows they have them there.

Also she missed the red bow on her fake wreath. Again I assured her I would attend to this.

This is all to say that she is more interested in Xmas than she has been for several years.

Yesterday sitting in my Mom’s psychologist’s waiting room I read this paragraph in A. M. Homes’ May We Be Forgiven.

There is a world out there, so new, so random and disassociated that it puts us all in danger. We talk online, we “friend” each other when we don’t know who we are really talking to—we fuck strangers. 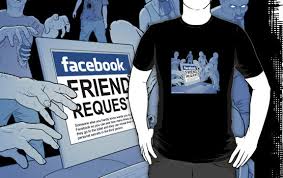 We mistake almost anything for a relationship, a community of sorts, and yet, when we are with our families, in our communities, we are clueless, we short-circuit and immediately dive back into the digitized version—it is easier, because we can be both our truer selves and our fantasy selves all at once, with each carrying equal weight.

I think this is a shrewd take on the online and offline world right now. 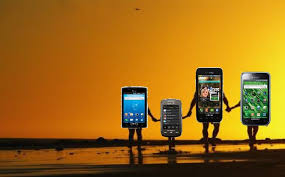 This disassociation must contribute to people’s anger and reactivity which dominates so much public discussion.

At the end of the essay on Robert Frost which I finished this morning she quoted this lovely poem:

My Sorrow, when she’s here with me,
Thinks these dark days of autumn rain
Are beautiful as days can be;
She loves the bare, the withered tree;
She walked the sodden pasture lane.

Her pleasure will not let me stay.
She talks and I am fain to list:
She’s glad the birds are gone away,
She’s glad her simple worsted gray
Is silver now with clinging mist.

The desolate, deserted trees,
The faded earth, the heavy sky,
The beauties she so truly sees,
She thinks I have no eye for these,
And vexes me for reason why.

Not yesterday I learned to know
The love of bare November days
Before the coming of the snow,
But it were vain to tell her so,
And they are better for her praise. 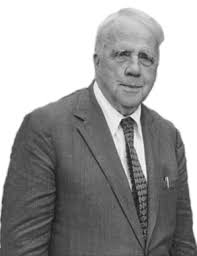 *****
Even thought we are almost half way through December, this poem fits my mood.

I’ll close with one more A. M. Homes quote. I had Eileen read this this morning. It shows how much of this book actually reads.

Brad is an employee from a pet store. Harold Silver has set up a free kitten stand right in front of the store. Brad comes out “wearing a tag that reads ‘Brad—Assistant Manager.”

“What are you doing?” Brad asks.

“Giving away kittens,” I say, even though it’s obvious.

“You’re going to have to move your pop-up shop,” Brad says.

“You’re competing with our interest.”

“But the ASPCA has a pet adoption stand right here every weekend.”

“Are you a non-profit?” Brad wants to know.

“I beg to differ,” I say,”Whoever takes these kittens is going to need supplies. How about just thinking of these five as a loss leader?”

“The things a store is willing to lose money on in order to get people who will buy other things in the store. Milk, for example, is a common loss leader,” I say.

“Move,” Brad says. “Take your act over to the A&P. I’ll help you….” He picks up the edge of the table, and the carrier starts to slide.

I grab the carrier. “Take your hands off my table or I will call the police, and then corporate pet whatever, and have your dumb ass fired.”
“I’m a witness,” an old woman says. “I will testify.”

“It was an accident,” Brad says, and I sort of believe him.

“Tell it to the judge,” the old woman says as she helps me carry the table closer to the A&P.

“Absolutely not,” she says. “I dislike pets almost as much as I dislike people. My husband says I should only shop online—that the world is a better place with me safe at home. He thinks I’m bad.” She shrugs. “I think he’s worse.”

“How long have  you been married?” I ask, laying out my flyers and supplies.

“Since the beginning of time,” she says and heads off.

from May We Be Forgiven by A. M. Homes

I found this woman’s story inspirational. She even built a harpsichord.

So difficult to ascertain what happens behind headlines. But here’s a final chapter in last year’s scandal.

Blake Page: Why I Don’t Want to Be a West Point Graduate

This sums it up:

Concern for the rights of individual workers, of course, is not the real reason business is pushing so hard for these laws. Gutting unions is the fastest way to achieve lower wages and higher profits.

Although I didn’t always agree with this writer/musician, I always admired the way his mind worked.  Have read several of his books.