I was relieved this morning that my BP was low despite having a martini and some wine (and snacks) after last night’s three hour rehearsal for a performance of the Messiah on Sunday. It was a difficult rehearsal due to the fact that the first violinist got the day wrong and was actually in Tennessee last night. So there were some gaping holes. I tried to play her part on the harpsichord but it was not audible enough. The organist played the part on one movement. But there were many movements with missing music making it confusing. Also the small group of string players were playing from a different edition (Peters) than the singers were singing from. Nick the conductor and I were working from a third edition (the Dover full score).  Nick would call out a number to rehearse and I would have to consult my table to figure out which movement we were working on.

At least once last night this caused me to miss out on a few pages of a movement. No harm done, but I wasn’t very happy about not being on top of what was happening. The harpsichord part, while soft and never that prominent, is important to the singers and orchestra as sort of a rhythm guitar part.

I’m happy to report that both of my string trio players can play at Eucharist on April 22. We will be able to do a wonderful movement from the Bach B minor violin sonata. I’m also planning on transcribing the first flute part from Bach’s Sheep Shall Safely Graze and using violin, cello, and possibly harpsichord on it. There will be no postlude because its “earth day” and our “earth committee” (not it’s name) has arranged for us to process outside and do something (plant some trees?). 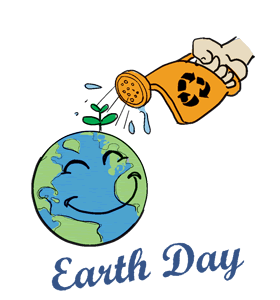 Anyway, I and another guitarist will accompany “All Things Bright and Beautiful” at each station of this outside. This occurs at the end of the service making a Bach trio postlude superfluous. No biggie.  That means we have another movement for another day.

I have to get over to church this morning and tune the harpsichord before our 10 AM rehearsal.

I admit that I am exhausted this morning. A three hour rehearsal of one long work takes a lot of me. Also, I’m beginning to wonder about lengthy performances of one piece like this at a time when attention spans are shortening and people have such a wide array of musics to listen to that I usually opt for more eclectic scheduling. It feels a bit like a throw back provincial practice to me, but what do I know.

I have to admit, however, that the male alto (who Nick later told me was actually a soprano struggling with the low range) who sings one of the solos has a luscious sound. The dude can sing and I love that high sound so many groups are using these days.

This is a well written interesting story about selling books in Hong Kong and China.

I’m glad this is coming to the attention of the wider public. It is a serious breach in  the functioning attempt at democracy that the US has been. We are definitely in new territory here.