Music went well on Pentecost. Dawn Van Ark and I performed the first two movements of Bach’s Sonata for Viola da Gamba in G major. This is wonderful music. It seemed to be mostly lost on the chattering people around us, but at least one or two choir members were appreciative. 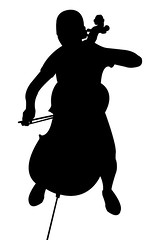 I had six singers on the choir’s last Sunday. I make it my business to keep the morale up of the singers who are present. But it was a bit discouraging to see nine of our fifteen singers absent. I hope this didn’t show.

I was grateful that I had chosen an anthem that worked with such a small group. In fact, “Rejoice in the Lord!” by Augostino Steffani is a little gem of a piece. The arrangement was for SAB. I had two sopranos, one alto and two basses. Dawn played cello on it. I thought it was spectacular.

My boss neglected to acknowledge the choir on its last Sunday. I can hardly blame her since we have been dwindling in numbers.

After church I sought out as many of the singers as possible and thanked them for their work this year. I don’t think they missed being acknowledged but it’s good volunteer work to make sure volunteers feel appreciated. I later put a thank you up on Facebooger tagging as many singers as Facebooger allowed me to.

I had another discouraging moment at communion. I received communion and ran to the choir room to get a second copy of the hymnal I needed for the last hymn. On the way I noticed a family of parishioners lolling in the commons area during the service. The mom and dad are both highly trained musicians and choral conductors. They rarely speak to me.  I offended the mom once by saying  “fuck” in her presence. Our relationship never seemed to recover from that despite my apologies.

Anyway, we said hi back and forth, but I found it discouraging that they seemed to be indifferent to what was happening in the other room. Probably just me being thin skinned on the last choir Sunday. Our closing hymn on Pentecost is usually “There’s a Sweet, Sweet Spirit” by Doris Akers. I play a gospel piano accompaniment. I was musing that despite my background in a fundamentalist gospel church I actually learned a great deal about the style from musicians of a Chicago parish which visited the local Catholic church here in Holland where I worked for a while. 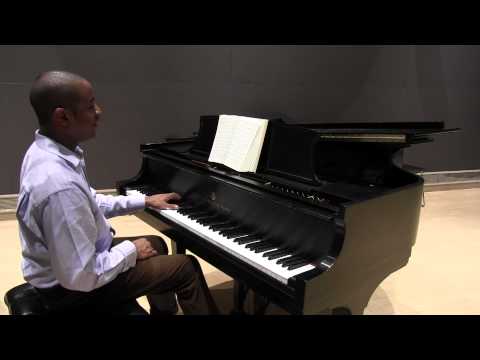 The sound was in my ears before that off course and I would emulate it. But hearing the singers and musicians from St. Benedict’s Chicago really turned me on to the style.

Despite all the negative energy I woke this morning feeling typically lucky in life. I am married to a wonderful woman. I get to do music. I have books and multiple electronic devices that allow me a breath taking access to information. I have good food to eat and a comfortable bed.

I think I am lucky.

I spent years serving the Roman Catholics as a musician. I don’t follow their trials and tribulations since quitting this work, but it was startling to read that Gustavo Guitierrez, author of so many books defending the poor had met with the pope recently. I liked this quote in this article:

This quote from the Guardian article linked says it all: