A friend of mine has recently accepted a position as music director for a nearby Episcopal community. My boss described this community as “high church” but in a healthy way or something like that. 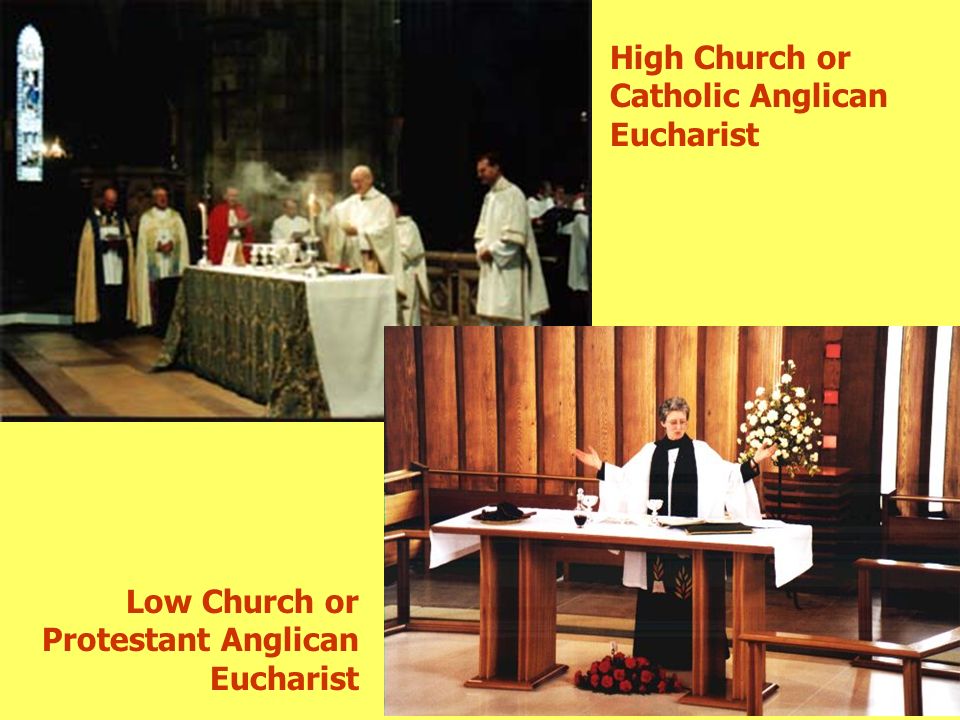 In Anglican circles, “high church” has had a lot of different meanings for me over the years. My first contact with the Episcopal church was when it was still worshiping with the 1928 Prayer Book and the 1940 Hymnal. The language and music of these resources impressed me.

Also I liked the ritual. “Bells and smells” it was sometimes called and aspired to “high church.”

Rather quickly I witnessed and helped implement new resources: the 1979 Prayer Book and the 1982 Hymnal. I was later to learn that these were highly under the influence of an Episcopalian take on the 1963 Vatican II documents. The idea of a highly stylized Anglican prayer service began to gradually seem to me as less and less interesting.

Around about this time, I sought employment in the Roman Catholic church to pay the bills when living in Detroit. It was then that I was exposed to and began reading the Vatican II documents.

Somewhere in there, my personal eclectic musical aesthetic began rhyming with an eclectic worship aesthetic. At the age of 65, I am convinced that the genius of American music is eclecticism. If one looks beyond sectarian approaches and dogmas, there is a wealth of musical influences in our society. I tend to like and value them all to some degree.

All of this is to say that I wonder if I am now “low church.” Stylized English buy valium perth approaches to communal prayer that emphasize a choral expression of beauty in sung portions of the ritual don’t interest me that much. I can see its beauty. But I see beauty in many places and kinds of music. I’ll have to ask my boss about this after we get back from England.

It will be a long day today for me and Eileen. Our flight doesn’t leave Grand Rapids until 8 PM. It will be interesting to see how we hold up. I’m usually in bed by this time, but of course traveling across time zones involves adjusting. As I age, this gets more difficult. But I’m looking forward to getting away.

This article was in yesterday’s paper. I downloaded this app on my tablet and phone. What the heck.

Religious stuff often drives me crazy. This is a good article, though.

He didn’t get paid for his radio show? Wow.

I do admire this person.

Don’t Like the Candidates? Vote Anyway – The New York Times

I’ll have to check to see if this article is one of the ones I “shared” on fecesbooger yesterday. Good stuff.

Yes, stupid gay guy, why don’t you stay in the closet like so many bishops and priest do?