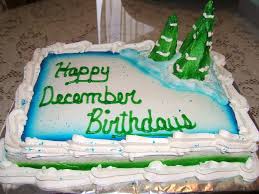 Last time I played there I realized that I didn’t do any classical piano. Or at least much of it. A couple of the residents mentioned that they wished that I had done more but they understood that not everyone wanted that.

Cripes! So this time I definitely want to include some classical music.

I’m thinking of performing the first movement of the K.279 Mozart sonata

and the wonderful “Intermezzo in A major” from Brahm’s Opus 118.

I have been performing these pieces for years. It’s good to schedule things that don’t take a ton of prep to do well for gigs like this. I played both of these Saturday at the wedding reception.

The Brahms I began performing in the 80s when the church I was working at owned a 10 foot Steinway grand sitting in a sumptuous two story drawing room. The reason for the fanciness is that the church was First Pres in downtown Detroit.

In its heyday it was a huge fancy church. The facilities there were pretty impressive. The performance room had a balcony that ran along three of the four walls.

Behind this balcony were windows and different rooms one of which was the choir room for a while if I remember correctly. The music director’s office was just off the front of the church sanctuary (which also had a huge balcony which represented at least half of the seating).  The office was actually under where the monstrous pipe organ’s pipes were hidden.

The pipes were on about five levels. I used to climb around in there and learn about organs. Lots of fun.

Anyway, back to Brahms. I gave recitals at this church one of which was a piano recital for the women’s group (I believe it was). I scheduled the Brahms with some trepidation. My piano training was truncated when I left my first wife. I haven’t studied since then but practiced like the devil to improve my technique. Romantic literature like the Brahms had always seemed a bit out of my reach if not technically at least interpretively.

The director of religious education at this church had a Masters in Music. After the recital she told me that my Brahms was wonderful and that I shouldn’t worry about not performing the romantics. This encouraged me. Plus I do love many of the Brahms piano pieces. I think of this woman when I pull out the Brahms.  She had a physical disability caused by an accident at her birth. Some kind of lower brain damage occurred when the doctor used forceps. Consequently she spoke with a slur and had some other physical quirks which I can’t remember right now.

But fascinatingly her capacity for music was also affected. She told me that it took her forever to learn a piece of music in school (she also was an organist). But that once she had learned it it was always waiting there in her brain to be performed.

She also ran a kick ass summer program for inner city kids.  She shrewdly used her oddness to egg on kids to realize their own potential. I remember are bright and tough. She took kids out of the city for the first time in their lives to the nearby beaches. She paid them to work for her, the older ones serving as counselors and leaders to the younger. It was  a fabulous program.

I worked with her on an annual summer musical she did with the kids. The musicals tended to have more volume than melody but it was a gas working with her and the young people.

I eventually had to leave the church because I missed liturgy too much. But there were some nice parts to it.

It’s nice to have this memory built in to compositions that I occasionally pull out of my hat and perform.