Many thanks to daughter Sarah for looking up my web site on the Internet Archive “Wayback Machine” before she left for New  York. It looks like I did start “blogging” in 2002.  But I called my posts “Rants.” Which indeed they still are. This picture is one I posted that year when I put up a lousy recording of my song “Naked Boy.”

I have tendency to utilize my old written journals from time to time for one reason or another. Likewise my old website posts. Reading through them I see that it was in 2002 that I purchased my digital recorder and began experimenting with it.

I even put this definition up of the word: Logorrhea: “pathologically incoherent, repetitious speech.”

I’ll resist quoting chunks of my old web site for now. It’s linked above for the curious. 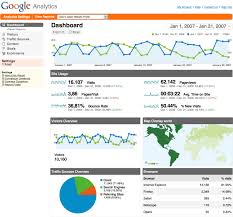 I think I now have Google Analytics successfully installed on this web site. When Elizabeth Jenkins helped me re-install after a crash, I attempted to set up my new site with this very cool tool. But I did it wrong. Chatting with Jeremy Daum recently I was reminded that I hadn’t managed to get it installed. But I think it’s correct now.

This will not only keep track of traffic on the site but also shows me what countries I am getting hits from. Very cool.

Even adjusting this for double income levels, Eileen and I are easily in the middle class. And most people I know are probably either in the upper numbers of the middle class or more likely in the upper class economically. [link to a good synopsis …. scroll down for the chart from the 2005/6 Census]

Finally a link to an excellent NPR article on Retired Supreme Court Justice Stevens.  In it, he sounds mostly like a voice of sanity and civility.

One of the things that makes this a nice place to work is the custom of shaking hands before you go on the bench. It’s a funny thing that that very minor ceremony starts everybody off in a collegial manner, and it stays right there.

I’m glad to read that a person of his learning and imminence expresses opinions that make more sense to me than many I hear screamed on TV and on Web newsites. Like the idea that money is not in reality speech (this is in regards to badly needed campaign finance reform).

As for the court’s recent ruling allowing corporations and unions to spend unlimited amounts on candidate elections, Stevens thinks it was dead wrong — and, indeed, still doesn’t think that money is the same thing as speech. “Can you hear it talk? Can you read it? [Money is] simply not speech,” he says. “And I have to confess that my own views are that there is an interest in trying to have any debate conducted according to fair rules that treat both sides with an adequate opportunity to express their view. We certainly wouldn’t, in our arguments in this court, give one side a little more time because they could pay higher fees to hire their lawyers, or something like that.” from the NPR link above