Randomly, here are some links and books I have been looking at.

Indirect Procedures by Pedro de Alcantara is a book I picked up at the Strand when I was in NY. It’s subtitle (since I don’t think you can read it above) is “A Musician’s Guide to the Alexander Technique.”

I have been fascinated by the Alexander Technique since first hearing about it from the writings of Canadian author, Robertson Davies (who is great by the way).  It is described variously as a p osture thing, a philosophical thing and by de Alcantara as a good “use of the self.”

He emphasizes the unity of the idea of the technique and says like all the books that it can’t be learned from a book necessarily.

Today’s Largeheated Boy MP3 blog (which I check pretty regularly) has a free mp3 by Fela Kuti called Zombie (link). If you don’t know Fela Kuti, he was a Nigerian musician full of joy and and energy and  political dissidence that challenged the wrong-doing of his and other governments.

This cut is a short one for him (12 minutes).  He used to say that most Western pop tunes were shorter than the rhythmic intro to most of his songs. Not for the faint of heart. Recommended.  It’s blasting from my speakers right now. Excellent. Here’s another book I picked up at the Strand. I read it on the flight home. Eco’s take on 21st century stuff is a gas. It’s a collection of essays. The first ones illuminate the idea that we are moving backwards in the 21st century from cold to hot war (his terms are neowar & paleowar), devolving into world wide recurrence of fundamentalism, anti-Semitism  and reading (on the screens of computers). He is by turns funny and thought provoking.  It’s on Google books (link) Charles Rangel is running as fast as he can away from all kinds of corruption charges. In  a Wednesday NYT op ed piece (link), Gail Collins related this story about the chair of the Ways and Means Committee.

Here’s a Rangel story: During the Democratic convention in Denver in 2008, city police got carried away and unleashed pepper spray at some demonstrators and every innocent bystander in the vicinity. The refugees poured into a hotel lobby, coughing and teary. Some middle-aged women were in particularly bad shape, and their friends wondered whether to call 911 as they bent over, hacking and gasping.

Suddenly, in breezed Rangel. It was a moment in which an important politician could have scored a lot of points just by being slightly solicitous. The Lion took in the scene and boomed: “I’m outta here! I’ll send you cigarettes!”

I interlibrary loaned this book. It’s an interesting attempt to understand the current situation in Europe (with side comments about the differences and similarities to the US situation). Caldwell is an intelligent conservative  (A senior editor at the Weekly Standard). I keep hoping he will get outrageous enough for me to put this book down. So far, he is telling me stuff I don’t know about the 20th century history of movement of people to Europe from non-western places. I’m pretty sure he’s stuck in some thinking I don’t agree with (Save the cultures of Europe from dilution!), but still am gleaning some insights despite his bias.

The Cheneys are starting a consultant firm. Yikes! These people sure see the world differently than I do.  In his Washington Post article, “Cheney’s Daughter Starts Firm of Her Own” (link), Jason Horowitz observes:

The Cheneys have, of course, found time to become something of their own brand — a highly bookable, consistently gruff clan who speak in dour unison when bashing the current president, second-guessing the previous commander in chief and chiding wayward GOP leaders. 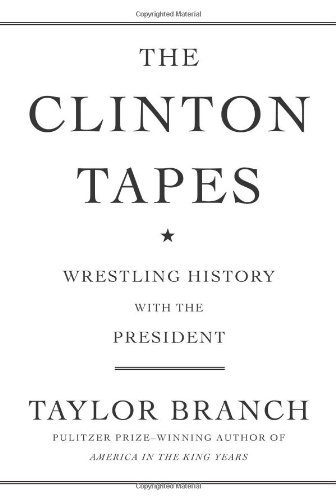 Finally a link I file under Civility, continual loss of. “You Lie remark again, with a Republican target” (link) filed by Jennifer Steinhauer in the NYT. It seems that Gov Schwarzenegger dropped by Wili Brown’s (a Democrat) fund raiser and someone yelled at him. Sheesh. The saga continues.