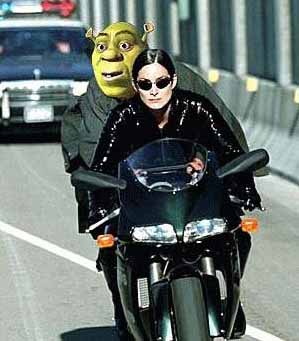 For me the web is the worlds biggest reference library and interesting conversation. If you can think of it, chances are there’s more on it on the web. Of course one has to use one’s brains. It’s a changing environment. I am most frustrated not by what is missing but by what is blocked to the average user. I think access is the first step in connecting on the web. If you restrict access, my guess is you lose readers/listeners/viewers. 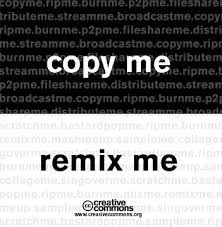 The NYT and I have a little story like that. For years I subscribed to the NYT. Recently I thought I wanted to try what it would be like to be paperless. So I switched my subscription to the library where my wife works. That way I could see what it would be like to only have online access and at the same time give patrons access to the NYT. The director and I have a difference of opinion about the NYT. I think it is a basic ingredient of a good library. She doesn’t. But she was kind enough to allow me to donate my copy to her library.

After a year or so, I realized that accessing the NYT online was working for me. So I told the director that I was going to have to stop donating the paper. I called the NYT and tried to switch my subscription to a paid online subscription. The operators could not help me easily. I had to wait until my cancellation went through and then resubscribe.

The problem is that when I tried to resubscribe using my same email address, it wouldn’t let me go paperless. It would only let me resubscribe to the same set-up I had been using, that is receiving the hard copy of the paper and getting access online access at the same time.

I didn’t go back to that. Instead I have been availing myself of reading the NYT (and tons of other news sites) online. 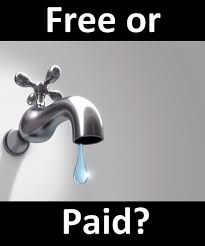 Now I read that next year the NYT is going to start restricting online access like the Wall Street Journal (this is the paper my library director believes in and reads). I keep feeling slightly guilty for not paying for the content of the NYT which is something I value very much (like when I can’t afford to pledge to NPR) I have even come close to picking up the phone and calling the NYT and finding out if they have gotten a bit more sophisticated and would allow me to easily subscribe online (only online). I will probably do this before they go restricted, but if not I will attempt to become an online subscriber then.

All of this is to say that many seem to approach the potential of distributing content information and soliciting intelligent and helpful commentary online with a great deal of misunderstanding and confusion.

This also brings me to today’s links I want to share.

First of all there’s Derek Sivers. This man founded CD Baby which is a good example of how to make sense of distribution and connection online. 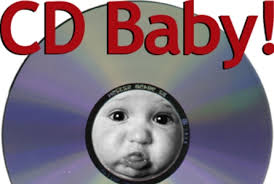 He recently sold the business (I mentioned him yesterday) and simplified his life. His online presence is fascinating and instructive. I have bookmarked his blog (link to http://sivers.org/blog)

This morning I woke up thinking about his description of his first epiphany around music and learning ( http://sivers.org/kimo) He tells how he answered an ad that promised to teach him music basics quickly. The person he meets has a huge impact on his life and teaches him quickly. I woke up thinking about the actual first lesson in which the teacher, Kimo Williams, taught Derek the jazz tritone substitution chords.

I have my reservations about jazz. I think it is mostly music of the past. For me music of the past is important but I think that it’s not to be emphasized over music of the present. I think a balance is important. I see young minds entranced with jazz and I am impressed with the evolving pedagogy of teaching jazz. But I have to ask the question about what it means in this moment besides preserving and commenting on it (like Hesse’s Glass Bead Game which is actually sort of a symbol of academic sterility).

But I am fascinated by how any music works. And that’s what Kimo points the young Derek to.

So this morning I got up and played my jazz tritone substition chord progression in all keys probably much like Kimo Williams showed Derek Sivers in that first formative lesson.

I also liked Sivers blog entry, “Valuable to Others or Only to You” http://sivers.org/starving-artist

He puts out some real wisdom here and gives two viable options to people who see themselves as starving artists.

Besides Sivers here are a few more quick links

In the new New York, Anil Gawande, a surgeon who writes brilliantly, discusses end of life care issues. I later found out that he is the same man pushing the checklist that if followed by hospitals saves lives with common sense. Links: Letting Go: What should medicine do when it can’t save your life? & link to a pdf of a hospital check list

good paragraph from the article:

“The simple view is that medicine exists to fight death and disease, and that is, of course, its most basic task. Death is the enemy. But the enemy has superior forces. Eventually, it wins. And, in a war that you cannot win, you don’t want a general who fights to the point of total annihilation. You don’t want Custer. You want Robert E. Lee, someone who knew how to fight for territory when he could and how to surrender when he couldn’t, someone who understood that the damage is greatest if all you do is fight to the bitter end.”

Just for giggles, here’s a link to a bitterly sexist condescending article in Woman’s Day mag about being a Husband Whisperer.

And, Susan Tomes is a musician who is a writer and blogs. I read her pretty regularly: http://www.susantomes.com/

0 thoughts on “limitless ideas and connections”