I’m writing a little later in the day, today.  I got wrapped up in my reading this morning and before I knew it was practically time to go do class. I was struck this morning by the sound of birds singing. Relaxing. 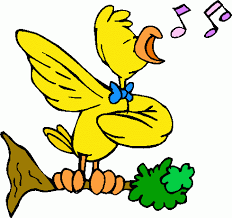 I guess I am now on Spring Break from Hope College. I could use some down time. It looks like I will have plenty of other tasks during break: Mom has two doctor appointments, I am planning to initiate getting her taxes done, meetings at work…. so it goes. A passage in Virginia Woolf made me think of Debussy yesterday, that and the beautiful weather we are experiencing here in Western Michigan. So I’ve been playing through some of his piano works. I do like his stuff.

I continue to be amused that most if not all reference books have errors in them. This article cites a comparison done by Nature magazine in 2005 between 42 comparative passages on Wikipedia and in the Encyclopaedia Britannica. Wikipedia averaged 4 errors per article, Encyclopaedia 3.

Nevertheless this is a milestone (publishing the last print edition).

I do object to Wikipedia’s criteria of only using secondary sources and not factoring in better answers if they are not available in them. See the recent scandal of a scholar who had trouble correcting a widely held misconception:

Five years older than me. Doobie Brothers music paid a lot of my bills when I played in bars.

Don’t Tread on Us – NYTimes.com

Good quote from Secretary Hilary Clinton in this article:

“Yes,” she continued to applause, “it is hard to believe that even here at home, we have to stand up for women’s rights and reject efforts to marginalize any one of us, because America needs to set an example for the entire world.”

Why I Am Leaving Goldman Sachs – NYTimes.com

I believe many businesses fall into the trap of putting customers’ interest too long on the priorities. It sure seems that way as a consumer.

Aftershocks From the Afghan Massacre – NYTimes.com

These are letters to the editor. Some great comments:

It’s time to leave. Let us bring our soldiers home and help them heal. Let us learn a lesson as a nation, lessen our hubris, expand our global awareness, get over our self-centeredness and cease our aggressions.

The disaster of the invasion and occupation of Afghanistan becomes more apparent day by day. The shock and anger of 9/11 trumped reason and judgment as the United States blindly struck out, formed alliances with corrupt warlords and ended up alienating the entire population.