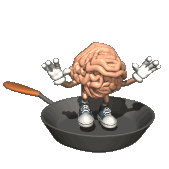 Today begins a couple of days off for me. My brains are pretty much fried. My last ballet class (yesterday morning) was a beginning class. The teacher invited me to attend after a bit of consideration. I didn’t realize that she was probably planning for me not to play a note. Instead, I sat on the floor with the other students and we reviewed a video tape they made on Tuesday of a couple of simple routines.

As they watched they were to evaluate themselves with a form the teacher had given them. The tape was of them working in threes and fours. I thought this was a pretty brilliant way to do self assessment. First there’s the shock of seeing one’s self, one’s body and how it is moving compared to the instructions and corrections the teacher has been giving. Then you can compare your movements to the other students. 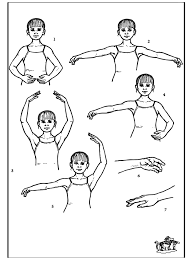 After doing this the teacher led an evaluation discussion.

I enjoyed this quite a bit. One result of this job is that I have learned more respect for students at this little conservative religious college (Hope).  The students I met at Notre Dame (at the under grad level) were very conservative as well (even way back in ’87). They impressed me with their idealism despite their narrow point of view. Also they tended to be extremely smart.

Between then and now, I have gotten to know a few young people who were very conservative and swallowed the Western Michigan point view, hook, line and sinker. They went on to colleges like Hillsdale and other institutions that have changed the intellectual climate in the United States. In my opinion, not in a good way.

So I’m kind of a bigot about young conservatives.

These ballet students however have impressed me with their passion, their dedication, their discipline, their good humor, and their appreciation of dance and music.

It’s a good corrective for me.

My piano trio played all the way through the Haydn trio we are learning yesterday. I had thought of canceling this rehearsal. My brother is visiting. I am exhausted. But just like the dance accompaniment, I find myself usually refreshed after an hour of Haydn or Mendelssohn or Mozart.

I’m also working on learning some of Variations sur un noël op. 20  by Marcel Dupré. Dupré is an influential 20th century organist and composer. He’s not really my cup of tea, but I have played his music and read a biography of him. His music is not particularly easy.

When I learn a piece by him I often picture my teacher, the late Ray Ferguson, with fondness. I can see Ray’s hands in my memory. They were very large and very skilled. His long fingers moved nimbly on the keys.

Dupré also wrote very influential texts for teaching improvisation at the organ. I have worked through some of these exercises.

I’ve never performed anything from his Variations sur un noël, but have had the music laying around for ages. There is no way I can learn all of this involved piece of organ repertoire in two weeks. But I decided I would learn a few movements between Easter Sunday and the Hope College May term. I title it in church bulletin as as “Excerpts from Variations sur un noël.” This allows me to continue to work on individual variations and then eventually only schedule the ones that I have learned in time. 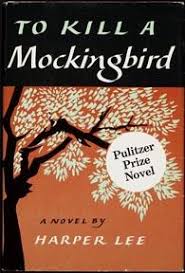 This could be a sad news story, since the author of the memoir claims that Lee gave verbal assent before her stroke in 2007.

A Certificate of Embarrassment – NYTimes.com

I think this editorial gets it right.

“….[T]he birther question was never really about citizenship; it was simply a proxy for those who never accepted the president’s legitimacy, for a toxic mix of reasons involving ideology, deep political anger and, most insidious of all, race…

“It is inconceivable that this campaign to portray Mr. Obama as the insidious “other” would have been conducted against a white president.

Honoring Those Who Said No to Torture – NYTimes.com

Little told story of people in the system that resisted this horrific thing we have done as a nation.

Golden throated, now dead at 60. I love her voice.

I learned from the obit, that she took her stage name from a train line near her home town. Reminds me of Mark Twain a bit.

Thanks to daughter Elizabeth for showing this to me.