This cartoon in the April 30th issue of the New Yorker made me smile and think of myself. I also found another interesting word in Ian McEwan’s short story in the same issue.

“The United Kingdom had succumbed, one letter announced, to a frenzy of akrasia–which was, Tony reminded me, the Greek word for acting against one’s better judgment. (Had I not read Plato’s Protagoras?) A useful word. I stored it away.” from “Hand on the Shoulder” by Ian McEwan, New Yorker, April 30, 2012

I’m still feeling quite exhausted. I guess I really do need to fly away. I did most of the paperwork for applying for reimbursement for medical expenses for 2011 yesterday. Eileen has a “benny” at work which allows her to set aside a certain amount of non-taxable income designated just for medical expenses. It’s set up so that we pay and then apply for reimbursement. The deadline for applying for 2011 is May 2012. I worked on “Danse” by Debussy quite a bit yesterday. I played it slowly all the way through with the metronome set at eighth note = 120 beats per minute. Then I set the metronome at dotted quarter = 85 beats per minute and went through it a couple times to see if I was speeding up in places. I actually sped up in the some of the very slow moving sections.

In reality I didn’t set it at 85 M.M. but at 3×85 (255) since Debussy goes back and forth between pulsing quarter notes and dotted quarter notes throughout the piece.

I continued to find errors in the score I am using. I have mostly been comparing it to a four handed version online. Not sure that the four handed version is a better edition but it does represent some editor’s choices. So far I found that most things that struck me as bit squirrelly initially are mistakes.

I hate changing things the day before performance. I have told myself to just play the dang thing and not worry about the changes and just see what comes out. That seems to work.

I’ll probably go through the piece at least one more time this morning slowly. I know it’s silly to put all this work into performances in a context where so few people seem to appreciate or even notice. But Debussy and I are still there plus a few people listening. It’s a fine line between performing with an audience present and completing the process of music (if music is played in church and no one hears it, does it make a sound?) and thinking about the audience as you play. 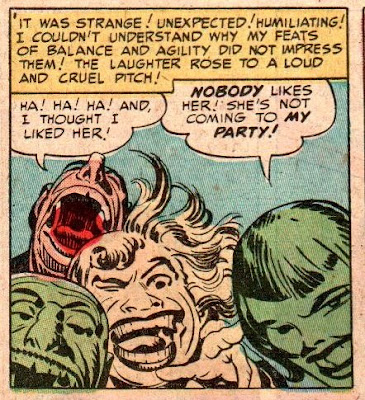 Mostly in church work I am sometimes defeated by distractions.  Like when people are talking or moving around near me while I am trying to concentrate. This is intensified when these people are music teachers or performers themselves. But I do try to concentrate on what the music is saying and make that as much of my consciousness as I can. “Just play” as we used to say in grad school. I have been following the upcoming French election a bit.

Chief Flynn recounted pleading with a state senator to include a provision in Wisconsin’s concealed weapons law that would ban habitual criminal offenders from obtaining permits. The senator, he said, told him, “Here’s the phone number of the National Rifle Association lobbyist in Washington, D.C. If it’s O.K. with him, it will be O.K. with us.” The provision was not included, Chief Flynn said.

God and Man in Tennessee – NYTimes.com

This writer seems to hail from Eastern Tennessee, the section where I spent a lot of my childhood.

I don’t quite get how music can work when the laws and the people owning the rights are so profit driven. I hope this movie comes out.

J. S. Bach’s English and French Suites with an emphasis on the Courante

I love it when entire articles are available to read online. God bless Diapason Magazine. This article was mentioned in the new American Guild of Organist column, “The Organist’s Bookshelf,” under “Journals.” This is just a list of sources without comment.