I learned something in my morning ballet class yesterday. There were 5/4 waltzes in the 19th century. In fact they were pretty prevalent if Linda Graham the instructor is to be believed. She spontaneously asked me to explain meter to the dancers. Which I attempted to do. Then she asked me to play music and have them identify the meter. Which I also attempted to do. Somehow in the course of this I mentioned 5/4 time and how it was pretty much a 20th century phenomenon. Linda said that actually there were “famous” 19th century 5/4 waltzes. I told her and the class that I didn’t know that.

Most of this class did not require a pianist. When this happens I sit on the bench and try to lend half an ear in case the instructor decides she needs me. While I did this yesterday I googled 5/4 19th century waltzes on my phone. 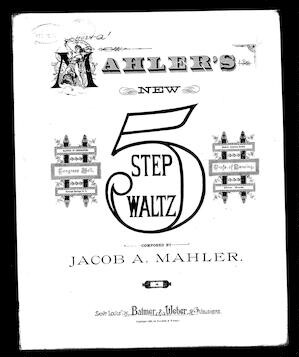 Hey. There were 19th century 5/4 waltzes. How about that? Musically speaking the music for them is nothing that famous or at least I didn’t recognize it.

From my own playing in Tchaikowsky I know of a 5/4 waltz. I discovered this in a little collection I bought of his piano works and thought it was charming. I had never heard of it before.

After class Linda and I were talking and when I mentioned that I knew the Tchaikowsky 5/4 waltz she said that was the famous one. Hmm.