These are the peaches I bought at the Farmers Market Saturday. If you look closely you will see that some of them are a different kind of peach shaped like a doughnut. The person who sold them to me called them “BuenO” peaches. Eileen tried one yesterday and raved about how sweet they were. She insisted I have one. I told her she was like Eve offering Adam fruit. I then pointed out that geneticists have recently been upsetting fundamentalist Christians with the notion of the impossibility of the human race descending from two individuals.

I finally got around to doing the bills after church yesterday. I try to do them on Fridays. It is nice when I do them and Eileen is around. That way when I can’t get the checkbook to balance which sometimes happens she can help me. This is what she’s doing yesterday in this pic. She easily figured out my error.

I’ve been meaning to photograph my hymn tune index.

I have recently been indexing new acquisitions and also previously owned music based on hymn tunes. This tedious work pays off in spades when I am trying to find a piece based on a certain tune.

My congregation has  a lot of energy and little patience for postludes. I have a colleague who simply refused to play postludes under similar circumstances. My solution is to sometimes play one of those varied hymn accompaniments I have been indexing. Yesterday I played one by Gerre Hancock based on MOSCOW (“Come Thou Almighty King” although the words we sang to it yesterday were “Thou Whose Almight Word.”). 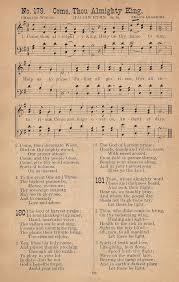 The word, MOSCOW, is the name given to the melody. This is what I index this tune under.

I also finished transcribing a piece for my piano trio yesterday morning before church.

I managed to get the cello part ready (above).  When I work with classical musicians in ensembles they are often jealous of the fact that the keyboard person usually gets to see their part in a reduced fashion, while other instrumentalists only get to see their one line. I thought it might be fun to do scores for my cellist and violinist with the other parts in reduced scores.

This is especially helpful with a counterpuntal piece like this one where the voices are all moving independently.

The cellist wasn’t at church yesterday. So I came home finished off the violin version and emailed parts to both the cellist and violinist in the hopes that we can go through it sometime soon.

I have been wanting to take some pics and put them in a post. Unfortunately I ran out of batteries for my camera last week. Bought some on Saturday.  That’s why I’m able to post a few pics today.

These tomatoes from the Farmers Market are wonderful. 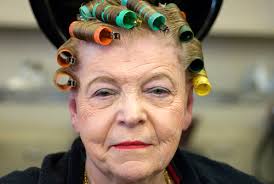 This is a link to some beautiful photos of elderly women at the beauty shop. It’s a bit counter cultural for our society where the old are often discarded, uncared-for or invisible. Beautiful pics.

Giving Washington a Lesson in Meter and Verse – NYTimes.com

Former NYT editor, Bill Keller, has the mad notion that what is most needed inside the beltway is poetry.

He called on a colleague for ideas. Here’s a link to other ones the colleague came up with:

In an Age of Vitriol, What Is Out of Bounds? – NYTimes.com

Power to the Corporation! – NYTimes.com

When a man in the audience yelled that corporations should be taxed more, Romney replied, “Corporations are people, my friend.”

Give “The Stormin’ Mormon,” as Neil Cavuto approvingly called him on Fox News, credit: never has the traditional Republican doctrine been so succinctly explained.

“Funny thing is, Romney’s questioner wasn’t asking him about corporate personhood. He was asking why Romney wants to cut Social Security but while preserving corporate tax breaks. It seemed as if Romney had already memorized this little speech and was looking for a chance to trot it out. He probably had.”

It’s not just happening in Britain.

“The fury in British cities follows huge social protests this year in Greece, where violence also flared, and in Spain, where tens of thousands have camped out from Madrid to Barcelona. Other nations, including Portugal, have seen a diffuse anger rooted in a shared conviction: things can’t go on like this. This European malaise is no stranger to a United States of high unemployment, economic bafflement, ideological radicalization and political pettiness.”

You Want Compromise? Sure You Do – NYTimes.com

I found this little quote sort of interesting in a goofy way.

My parents were always wanting to meet to eat at Cracker Barrel. I never could shake the bigotry in the name. A barrel for white people, you know, “crackers.” And apparently we will never have a Whole Foods store in Western Michigan. Thank goodness for the Farmers Market in Holland.

I have read the author of this article, Neal Gabler, and have found his insights helpful. Here I think he starts out with a good idea (literally that’s the topic of the article: “ideas”) and misses the boat with thinking that has not entirely adapted to or understood the evolving environment.

By that I mean that technology can enhance thought as well as provide ways for the trivial to drive out the meaningful.

I bookmarked this to read after reading this quote from the person profiled in the article, Zhao Liang.

“I remember quite clearly one of my middle-school teachers telling me that I was a stone with sharp, jagged edges, but that I would turn into a smooth river stone as I grew older,” Mr. Zhao said. “During the years while I was making this film, I felt like I was getting sharper and sharper instead.”