On the back cover of Sarah Schulman’s Gentrification of the Mind: Witness to a Lost Imagination, Samuel Delany blurbs that her “mind is clear as a bell.” I’ll buy that. Ironic to me, because I’ve never been able to read Delany’s thick prose. I read the introduction to Gentrification of the Mind this morning and kept finding myself reaching for my little stickies to mark off beautiful clear phrases like, “a ragged edge to us” (speaking of older queer theorists in the room with young suburban gay artists) the latter group’s world being described as one of “pacifying assimilation.” 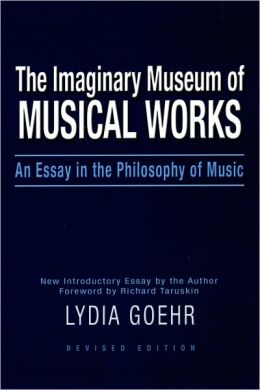 Being sucked into Schulman’s excellent observations on the memory of AIDS, ACT-UP, and countless stories of struggles and deaths of so many was very different from the other introduction I read today and yesterday by Lydia Goehr in The Imaginary Museum of Musical Works. I am attracted to the ideas behind Goehr’s title and book, but this morning I decided I probably will only put it in my ongoing annotated bibliography and leave it at that.

Goehr and Schulman are both anchored in the academic world (Schulman teaches at CUNY, Goehr at Columbia), but they couldn’t be more different.

Schulman writes in simple clear prose and her passion comes through clearly to me. She says as a reader herself she has “always most enjoyed books I can be interactive with. I like to fiercely agree with one idea—and fiercely disagree with the next.”

Goehr devolves into academic prose quickly: E.T.A “Hoffmann gave currency to the notion of being true or faithful to a work (what later came to be called Werktreue). He gave to this notion a prominence within the language of musical thought it had never before had.” (and this is a passage I marked as salient!).

I lost patience with Goehr this morning when she used Plato and then Aristotle to help come with the first two of four “Nominalist” Theories of Musical Works. Ay yi  yi.

I am interested in Goehr’s ideas about the reification of music (see, I use big words), but not enough to wade through her prose.  There are other musicians on my list who can write in ways that are more accessible to me.

For some reason this reminds me a bit of my experience yesterday communicating with Gwyneth Walker’s website asking if a quarter rest had been omitted in a measure in her composition, “Sanctuary.”

She has a pretty extensive web site. She (or someone) has put her manuscripts online for study. But if you try to access them they ask for a password which she (or someone) makes available to researchers. I couldn’t get an answer to my question by looking at her stuff online so I emailed the website.

Imagine my surprise when I not only received a reply with 30 minutes, but the person signing the email was the composer, Carson Cooman.

We emailed back and forth and the upshot of it was that Cooman insisted that the notation was correct but that it should be interpreted with a quarter rest. This seemed lame to me, since the pattern occurred three times and the first two times there is a quarter rest in this position but I didn’t protest, simply thanked him for his time.

I had asked for access to the online manuscript, but he ignored that request. No biggie. If I have further questions, I will just email the website. I purchased Walker’s piano trio Craftsbury yesterday online. I mentioned this in my emails with Cooman. Usually it’s instructive to see a composer’s original manuscript when thinking about a piece. But this doesn’t seem to be where the Walker web site is headed. At least for me anyway.

I see Cooman’s attitude as a vestigial remnant of the worst of academic stuff.

Cooman’s a decent composer. We have performed several of his choral pieces at church. Both he and Walker are breaths of fresh air to me. I have to admit to being more impressed with the few Walker compositions I have been exposed to than Cooman’s but that doesn’t mean that much. He probably has some great stuff. 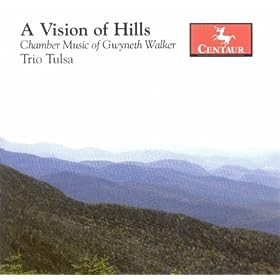 I do like what I’ve played and heard by Walker. I have been listening to a CD on Spotify of her piano trio compositions. Both she and Cooman do not write in the stilted conservative style of what was being published in church music in the late 20th century. There is an attractive freedom to their work.

In “A Vision of Hills,” Walker takes the hymn tune for “Be Thou my Vision” (Slane) and weaves a wonderful ten minute piece. I’ve only listened to it but I think the way she uses the material puts most church composers to shame. Lovely stuff.

But it may be that I’m a bit simplistic in my approach to the prose of Schulman and Goehr and the music of Walker. I have lived from a “marginalized point of view” (Schulman’s phrase) artistically and intellectually. I am content that my cups of tea are not everyone’s. 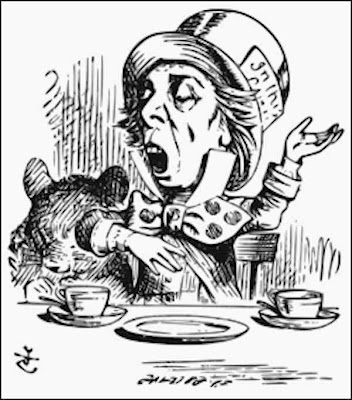