I know a lot of professional type bloggers create an essay which has coherence for their bogs.

Other people use social media to talk about trivial harmless sort of stuff.

I’m somewhere in the middle of this mess. I think of my blog as having you sitting in the living room with me and me expostulating about what I’m reading and thinking.

Hence, I’m not really looking to create an air tight piece of prose or coherence. More like an ongoing conversation with the cyber air.

I was feeling very grateful this morning to have this imaginary conversations in my life. 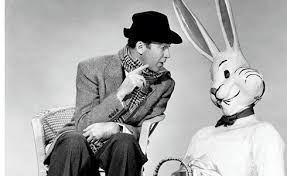 Not just with you, dear reader, but people like Chopin and Schubert (who speak to me through their music that I play or listen to); or John Lanchester (author of Capital) or numerous poets and writers that I visit daily (Poets: Michael Robbins, Gerald Stern, Louis Glück; T. S. Eliot biographers Peter Ackroyd and Lyndall Gordon). This sort of list goes on and on. But it is a very real feeling I have that I am not trapped in provincial Holland Michigan (or anywhere else for that matter) or this time but can rove with my thinking, reading, playing and imagination. Lucky me. 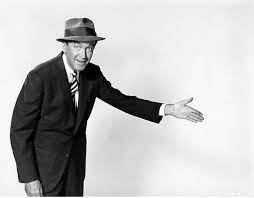 Having said that, here are few things on my mind.

My attitude towards politics, government and the society in which I live might be settling a bit. I have always been interested in the intrigues and manner in which representative governments govern. 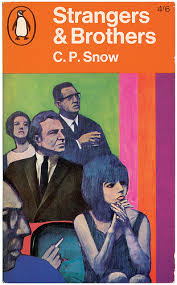 I have read all of C. P. Snow’s novels about the British government stuff, some of them several times. 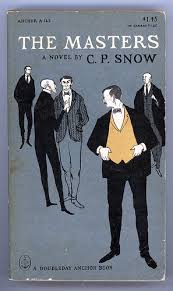 I have had my partisan moments in the last few years, but I am feeling more clear about the idea that society is so complex that it is reductive even to be partisan.

Take the upcoming sequester as it is being called…. you know…. on Friday many cuts to basic government budgets will take effect…. cuts designed to be stupid but now seem to be making politicians happy. On the right, government is indeed being taken into the bathtub and strangled. On the left, glee at the fact that the right will get the blame for any pain caused to the public by it. The sequester? Never heard of it.

This Washington Post blog posits that the sequester is less understood and causes less concern than the fiscal debt discussion (the “cliff”) because it doesn’t have a catchy name. Oy.

Ryan Lizza: Can Eric Cantor Redeem the Republican Party and Himself? : The New Yorker

This New Yorker article digs a bit deeper into the machinations of the House Republicans. More like C. P. Snow’s view.

Eileen and I recently watched a taped Jon Stewart show in which his guest was Steve Brill. 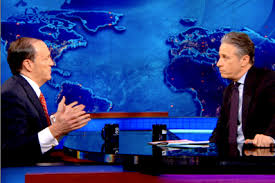 Stewart had read a article in which Brill commits journalism regarding health care costs in the USA.

Yesterday, I purchased a Kindle copy of this issue and am a third of the way into Brill’s 36 page article. It is another layer of corruption and mismanagement in our health care. Mostly ascribing insanely high mark ups of medical stuff like meds, tests and wheelchairs/canes. Also pointing out the insane wages given to heads of hospitals and teaching med departments in universities. Read it and weep.

Finally, I had an odd thought about people who are so adamant about keeping guns to protect themselves from the US government. Haven’t they thought of the fact that the government owns all these drones and if it wanted them gone, poof! they would be good and gone no matter what gun they own.

4 thoughts on “jupe touches on politics”