After lunch yesterday, Eileen and I went down to Holland’s main drag where an ice sculpture show was being held. First we stopped in at a little coffee shop so Eileen could return carafes and stuff she had used recently for a “Literacy Hero” meeting at the library. As we stepped into the little shop, I began to realize how disconnected I was from the situation. I felt stifled by the seriousness of the baristas several of whom I have known for years. They treated me politely but distantly obviously very busy. As I glanced around, I found the bustling group of people odd. Young and vulnerable. I had a weird interior reaction like “don’t frighten the college people, jupe!” My extreme difference from them seemed a bit comical and sad. They were so connected to each other and their devices and their ongoing lives. 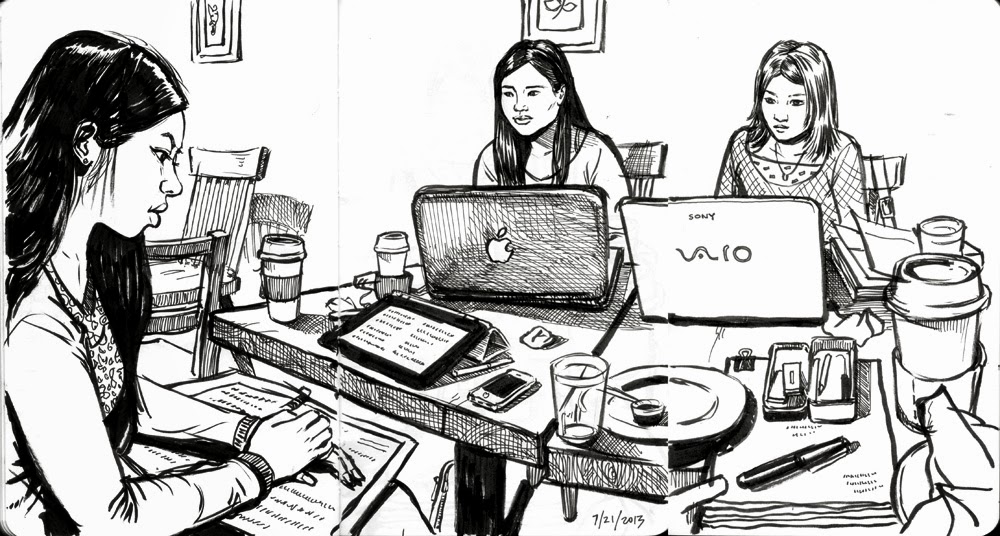 I am part of the history of this little shop. I remember when it first opened. I showed up with my guitar to sing and play and encourage the situation. Now I’m sort left in the dust of my rough edged approach. They are very very slick. The barista who waited on me used a new fangled pot they are selling to specially brew the coffee of the day I had ordered. This coffee by the way was excellent. On the blackboard it said it would have tastes of pipe tobacco and apple. Not sure about parsing the tastes but I did think it was good. I checked and couldn’t find the beans for sale. The shop has reduced the number of flavors of whole beans it sells to the public. The little packages they now sell are pretty pricey. The last one I bought there was $16.

I asked the barista if they had the beans for the special coffee for sale. He solemnly told me that they should but they were out. He apologized.

Oh well, finally figuring out that this guy was not going to smile at me, I sighed as Eileen and I left the shop to sip our excellent coffee and look at the melting ice sculptures.

I admit to a bit of bigotry about my attitude toward H0lland. 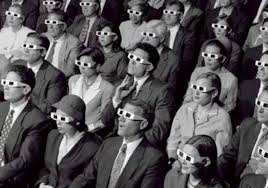 I seem to detect a strong sense of entitled calvinism  here. Once a visiting musician asked me where the more liberal coffee shops were in town. I said we don’t really have any. We have one that is right wing and one that is extremely right wing . It still seems this way to me, even though I do see the local white people as well meaning though naive.

Years ago (1987) when Eileen and I moved here, I was struck by the homogenous nature of the place.

Lots and lots of white people. Now it’s not quite that homogenous by skin color, but it still sort of feels insular in the way it sees and conducts itself.

I came home and purged my feelings of being suffocated by playing Scarlatti and Haydn on my old piano.

That helped a lot.

This blog post is four years old but I think it has something to say about self selecting one’s echo chamber. I cross posted this one to Facebooger. I got the reference from a footnote in Rewire by Zuckerman.

2. Ishmael Reed on the Life and Death of Amiri Baraka – Speakeasy – WSJ

Ostensibly about the recent omnipresent Christie bridge scandal, Bruni has some interesting observation both philosophical and historical.

4. I Crashed the Wrong Shiva – NYTimes.com

Charming little story of the familiarity and distance of living with other people.

Author of a book about intimate cultural mixtures describes how she came to write it.

I love stories about books.

I love articles about the history of words and phrases. Backlog, humble pie and more.

As far as I can tell this is the only index to these old mags. Fun articles on Zappa, Devo, Terry Riley, Brian Eno and others.

Stumbled across Nerdcore yesterday. It’s in mostly in German and seems to hail from Deutschland. I love this entry: ’The Wolf of Wall Street’ is the most fuck-filled non-documentary movie in the history of Hollywood. We counted 522 audible, intelligible fucks. (‘The Big Lebowski’ only had 260.)“

A little different take on Sharon.

2 thoughts on “jupe mingles among the natives”