I think I might have figured out something about my attraction to Gwyneth Walker’s compositions. I have concluded that they remind me a bit of  my own improvising. This is very logical to me. Walker’s bio on Grove’s web site (reproduced here) mentions her interest in folk music and “rock and roll.”

This along with the rather clinical description: “Her harmony is diatonic, often consisting of non-referential triads with some quartal harmonies” describes both my youth and part of my improv/compositional style.

Walker seems less affected by academic music than I was. It looks like she (and Carson Cooman)  have carved out a niche of accessible use of a musical language that transcends both popular and academic. I admit to being a bit envious.

At any rate, I have pretty much shaken my youthful ideas about “educated” classical music or whatever you want to call it.

I think there was a time I would be more dismissive of Walker and Cooman. But now I know myself well enough that I can clearly tell when I am attracted to a musical idea whether it is complex or simple or somewhere in between.

This is a small insight but playing through Walker’s piano music helps me understand this about myself.

For some weird reason, I ran the snow blower while waiting for Eileen to get ready for church yesterday. This is out of character but is becoming more in character as we get all the snow we have been getting. It’s almost survival to try to keep the drive clear so I can get the car out and get places. Church went well yesterday. It usually does. I forgot to submit the title of my prelude so it wasn’t in the bulletin (just figured out that this was my bad with a quick email search… oops). It was a clever little trio by Krapf on “Let all things now living.” I improvised an interesting accompaniment to “This little light of mine” which relied on the cong carrying the tune (and harmony) while I embroidered piano riffs around them. I dropped the organ entirely on the last sing through of “We are marching in the light of God.” That was cool. I played a postlude based on this tune. I need to keep working on it in order to do it well for the upcoming local AGO members recital. 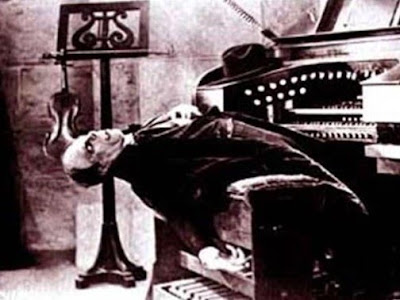 My Mom asked us to buy a meal on her recently so we went out to eat after church. I was pretty exhausted after that and sat and stared at the computer screen so long that my head hurt a little bit.

Cleared that up with several Scarlatti essercizi.

I am still playing my way through the terrible Longo edition of all of these. I also have been reading Kirkpatrick’s study of Scarlatti, adding it to my morning reading along with  To The Mountain Top: Martin Luther King Jr.’s Sacred Mission to Save America 1955-1968 by Stewart Burns. This was available as a 99 cent Kindle book so buying it was a nobrainer after reading about it in a footnote of Michelle Alexander’s The New Jim Crow. This also came from an Alexander footnote. However I remember when Guinier was nominated as a candidate for Assistant Attorney General.

I was very impressed with her. She didn’t get it.

Maureen Dowd’s Sunday column. I related to this quote:

If you really want to find out about anything these days you have great access to great info all over the internet, but you will find yourself alone, because no one knows what you are talking about. “

Another weird little article by David Brooks. Another quote,this time from the comments to the article (by Phil from Texas):

This is something I notice about how people sometimes use the phrase “listen to me.” They mean change and agree with me, not actual simply understanding what they are saying.

I either didn’t read about or forgot about the April San Francisco attack on the grid. Wow.

Sleep more, stop being an internet junkie, put a check on your multitasking and practice “mindfulness.”

Public officials continue to misrepresent in order to sway.

6. Part of the Farm Bill: Cuts to Food Stamps – NYTimes.com

The way our government works now makes me weep. Taking food from the poor and giving money to the rich. Madness. 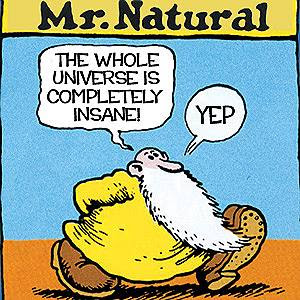 Letters to the editor. First one from musicologist Peter Jeffery.

The recent rehashing of these charges has left me scratching my head. Who knows what the deal is?