I can tell that I am recovering my energy by observing the arousal of my curiosity about Scarlatti and Buxtehude.

My brother gave me an ecopy of W. Dean Sutcliffe’s 2003 book on Scarlatti. I love Scarlatti’s Essercizi and have almost played my way through them. I purchased a lousy multivolume used edition of them and am on the last volume. My plan is to begin again and play through them all a second time. Recently I have been comparing this old edition to Kenneth Gilbert’s more recent edition. Sutcliffe not only is helping my understanding of Scarlatti, he is helping me learn more about current musicology.

Yesterday, after visiting Mom, I went to church to practice. I was drawn there by the idea of spending some time with the beautiful sounds of the Pasi. This is a new experience for me. I am drawn to music for many reasons. I do like actually playing the music. I like the physicality of it. But I haven’t often had the privilege of playing keyboards with high quality sounds since being in school.  I remember many hours practicing and performing on my teacher’s lovely Martin double harpsichord.

When I helped Our Lady of the Lake purchase a Blüthner grand piano, I was drawn to the beauty of its sounds and subsequently often performed piano literature there. Also, part of the fun of visiting my brother, Mark, and my sister-in-law, Leigh, is Leigh’s wonderful Steinway baby grand.

And of course I try to help my choir make as beautiful sounds as possible. So the beauty of the sounds themselves is important to me.

I decided to pull out my Buxtehude scores and try some of that on the Pasi yesterday. What a delight! I’ve always imagined that the sounds of Buxtehude were wonderfully mixed into lengthy reverberation in the churches where he played. But yesterday the clarity of the voices in the counterpoint and the sheer beauty of the sounds made the time whiz by despite the usual Sunday afternoon fatigue.

Oddly enough I had a memory attack about his “Jig Fugue.”

I played this piece in Oscoda years ago. I mostly remember practicing it on the old piano in the back of our used book store. I have performed it throughout the years, but it is a different piece on the Pasi.

I was looking over pieces I have done before as well as those I haven’t. I am seriously considering scheduling Buxtehude for the prelude and postlude next Sunday. I’ll figure that out later.

I have learned and performed a lot of music that will now be transformed by being done on the Pasi. And my tastes are such that I won’t have to repeat composers too often, something I try to avoid especially back to back from one Sunday to another.

This morning I ordered two books by Joseph Kerman.

It took me a while to figure out the American title, Contemplating Music: Challenges to Musicology was what Suttcliffe meant by citing the book Musicology by Kerman. Kerman died in 2014. I discovered him when I taught Music Appreciation at Grand Valley and was assigned his textbook, Listen. 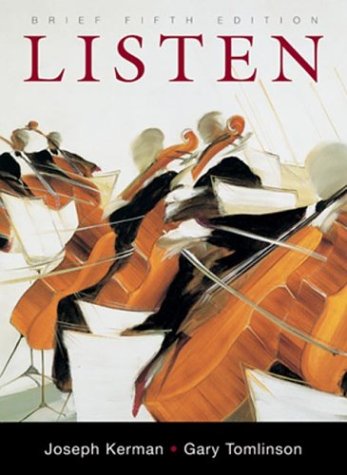 I have several of his books and have found them helpful and interesting. I also ordered his The Art of Fugue: Bach Fugues for Keyboard 1715-1750. 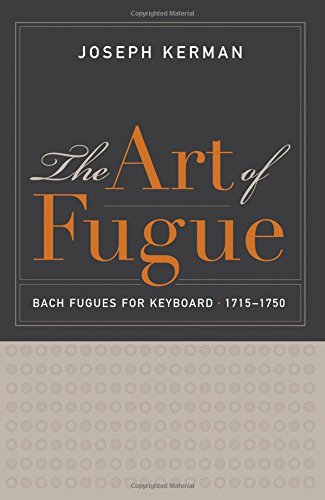 I found used copies of both and spent around 17 dollars (including S and H).

I also delved into Kerala Snyder’s book on Buxtehude this morning.

I have read almost half of this book, but this morning I flipped around and read about what is known about his organ registration and also about his chorale preludes. I spent considerable time these yesterday. Snyder gives lots of helpful information about Buxtehude despite the fact that her book was published in 1987, the year I graduated from grad school.

So I’m feeling like my brains are slowly coming back into working order. Next Sunday is my first choir free Sunday in months. We didn’t take off a Sunday after Easter this year. I’m looking forward to the break.