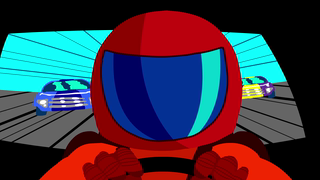 I  need to leave the house in less than an hour in order to arrive in plenty of time for my first scheduled accompaniment at the State Solo and Ensemble Festival being held at Grandville High School. In preparation for spending most of the day at a high school I have already checked my Kindle on my tablet for my Greek texts and other books I am reading including Finnegans Wake. Having most of my current reading on my tablet is very convenient when having to hang around in public. I have decided to blog now and not take my laptop so I won’t have to keep track of it.

I was surprised this week when I received a last minute email from the Orchestra Teacher at Holland High School. Could I add another student to my list of accompaniments on Saturday? I responded yes and heard nothing back. Yesterday I emailed him and asked if I was still on for this mystery student. He emailed me back and said the student would meet with me after school along with the band students. He also said that the accompaniment was easy.

Well it was as easy as I thought that would mean. I could sight read it a bit but it was a typical Suzuki Vivaldi Concerto orchestral accompaniment. Which is to say half the invention of the editor and half Vivaldi and not simple at all.

The student met me with an envelope. Mr. White, the band director, told me the students would pay me directly this time. Unfortunately, the amount in the orchestral students was $35 after Mr. White and I had negotiated $40 per student. Sigh.

I will mention this to Mr. White since he is the only person there who has talked clearly about money with me. I won’t mention it to the student and I don’t know the orchestral director there very well despite having known who he is for years.

This stuff makes me crazy.

I am supposedly accompanying 5 students today. Weirdly they are mostly paying me different amounts. Three of these students have gone through Mr. White and the orchestra director. I thought they would pay me $40 each. that would be $120. Now at best that will be $115 for three. One other student from Holland High negotiated with me separately or at least her Mom did. They are the people for whom I began with my usual rate of $125 for this service at the District Solo and Ensemble. When I realized that other students were going to pay less I renegotiated it down to $67.50. This seem to satisfy them and they hired me again for State for the same amount. I have one other student from West Ottawa High School who has already paid me $125. So total pay for today will probably be around $300.

My Subaru died. I had it in the shop because the exhaust system failed and it was really too loud to use. I got the call from the shop that it would cost more than I was willing to pay to fix this. The shop wants to sell me a car, but Eileen and I will probably limp through this summer with just the Mini and Mom’s car and then think about whether we can afford to replace the Subaru.

I need to stop now and make myself some lunch. God help me today.