I have a full day today and a full day planned Wednesday, but Monday and Tuesday should be leisurely spent goofing off at my brother’s house while he and Eileen do some weaving stuff.

Today is Dvorak Sunday. I feel reasonably prepared. Last night I had a church anxiety dream. I was getting ready to perform the Dvorak with my violist in the dream. But the church was First Pres in Detroit. For some weird reason the preacher was doing a spoken intro to the service before the prelude. This was a surprise to me in the dream. Then my violist and her sisters and a few other people needed to go pick up something or meet someone quickly before service. We all got in a car and drove somewhere with me fretting all the time about getting back to do the prelude. Before I knew it we had made several stops. I kept complaining but no one listened to me. Finally I knew we had missed it. I borrowed a phone from someone in the car. It was a weird flip phone with odd bristles on it. I  tried to get information to get the number of First Pres but the operator insisted she needed to know more than just the name of the church. After all, she said, this is a large area.

I had another anxiety dream after that. It hearkened back to dreams I have had over the years about being in plays. In this one, we were rehearsing a play. We were just on the verge of beginning to work without scripts. For some reason we were seated and had not “blocked” any movement yet. Just doing lines I guess. The anxiety in the dream was that I couldn’t locate my script. We were all using tablets for our scripts. But I couldn’t locate mine. Suddenly a young man took my phone and began putting his own numbers in speed dial. I yelled at him. Apparently this was some sort of thing in the dream. Kids grabbed each other’s phones and put in speed dial numbers. “Have some respect!” I yelled at him. “I’m 64 years old!”

So I need to go over the Biblical Psalm by Dvorak this morning since I haven’t been working on it because it’s so easy. It should be an easy Sunday. I was surprised that the prelude,  the famous theme from “The New World Symphony,” timed out to just under six minutes yesterday. It’s so sloooooooowwww. It’s a relief that it’s not as long as it felt when the violist and I went through it Monday. 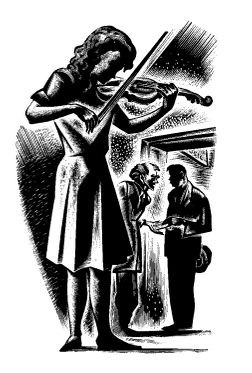 I need to stop and shower and get ready for church.

Eileen pointed out when Doctors Without Borders gave the Saudi backed militia the coordinates of the hospitals, it’s almost like they were providing them with target coordinates. Chilling.

Duerte’s publically urging the death of drug suspects seems to be working. A little bit of Amerika in the Philippines.

Satisfying to see this guy get charged even if only judicially. Surprise. He backs Trump.

Ironic to see Starr go down like this. Apparently his dogged pursuit of Clinton wasn’t about the injustice of the sexual power games.

Ernst Neizvestny, a Russian Sculptor Who Clashed With Khrushchev, Dies at 91 – The New York Times

Love and Hate On Hold With Verizon – The New York Times