I recently purchased the complete Cadmeon recordings of Dylan Thomas reading. It is mostly his own work but also there are live readings he did of other poets and the charming remarks he prepared for these readings.

The Cadmeon label was formed by Barbara Holdridge and Marianne Rooney in 1953 specifically to record Thomas. I purchased a vinyl recording of him reading on their label when I was a teenager. I still have this vinyl.

Since my own mp3 player died and my netbook is rather touchy in the power cord department, I have temporarily borrowed my wife’s mp3 player (and ordered one of my own). I have put some podcasts and recorded books on it as well as two of the discs from the Cadmeon collection.

I listen to recordings at night when I wake up to help lull me back to sleep. Sometimes they do the opposite.

This morning after listening to all of one of the discs of the Cadmeon recordings of Thomas and some of the second, I began to muse upon how I seem to bundle Dylan Thomas with two other literary passions of my life: James Joyce

All three men were writers I read as a young man and still read. As a teen I began reading Thomas and Joyce at about the same time. I think Burgess came a bit later.

Interesting to note that all three are not American: Thomas was Welsh; Joyce, Irish and Burgess a colonial Brit.

Joyce was a life long challenge to crack. I continued reading him and trying to understand his work. I have read Portrait of an Artist several times and Ulysses at least twice through. Finnegans Wake I have never finished but have read in extensively over and over. It’s that kind of work. I can draw a line from Joyce to Thomas in Thomas’s title of his “fictional autobiography,” Portrait of the Artist as a Young Dog.” So Thomas apes Joyce who apes innumerable visual self portraits titles.

I was drawn to Joyce’s prose and Thomas’s poetry at first.

Later I would be charmed when Burgess started writing the Enderby novels. Enderby was a Falstaffian creation which had intentional elements of Dylan Thomas in him.

I can’t remember when I began reading Burgess or why. I do know that in the seventies I had read his Malayan trilogy as well as several other of his novels. After that I followed him and tried to read his new books as they came out.

Presently, at this time in my life, I have a tendency to swallow the works of creators whole. I have read through the piano sonatas of Haydn and Beethoven at the piano. I have also played once or twice through Bach’s Well Tempered Clavier. I am on the fourth of the multiple volumes of Domenico Scarlatti’s 555 Essercizi (Literally “exercise” but more commonly referred to as Sonatas).

I can also satisfy myself that I have systematically read and re-read most if not all of Burgess, Trollope, Proust and others.

Recently I realized I had not read all of Dylan Thomas’s work and began chipping away at it.

This encyclopedic approach to exposing myself directly to excellent writing and composing feels like doing so quickly before my time is up.

I attempt to trace the origins of my literary passion and fail. I do know I had an English teacher named Mrs. Stormzand in High School who both inspired and repelled me. She introduced me to the New Yorker magazine which I still read. I also knew that in the summer break she read a book a day or so.  She managed not to ruin Truman Capote’s In Cold Blood which we read in class and she boasted of having read in its original serialization in the “New Yorker.” 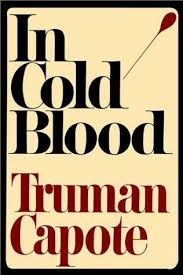 But I don’t think she was the source of my passion.

It was around this time that I remember meeting a pre-goth like girl at a State Solo and Ensemble Festival. Either I boasted that I wrote poetry or asked her if she did because I recall her blase answer: “Doesn’t everybody?”

Well hardly anybody I knew at the time was interested in words and music.

I do know that Dave Barber my friend in my teens was extremely literary and artistic and had pronounced opinions which he expressed charmingly and in no uncertain terms. His ideas fascinated me. But his passions differed from mine.

So whence comes my love of words and music? Something to think about as I age.

I trace my love of beauty to a childhood in which certain adults pointed out to me the beauty of my surroundings in East Tennessee.

My parents were occasionally attuned to this sort of thing and would help me see the beauty in nature. But neither was particularly literary. In fact as a young man I remember disagreeing with my father’s approach to the great ideas and works. He was comfortable and sought out interpretive secondary commentaries on them. I preferred (and still prefer) to throw myself at the actual works themselves.

In the case of Sarte’s On Being and Nothingness I simply carted the book around with me and read and re-read incomprehensibly the first few pages.

With other writers (like Joyce and Thomas) I had a bit more luck.

At any rate it is a joy to me at this time in my life to read and study the music and literature that I love whatever the origin of this anachronistic and eccentric behavior.