“[On] Christmas eve, we were all trying to get things in shape to leave for the children’s grandparent’s home in West Virginia, but little Mark was suffering with a toothache. A pitiful thing it is to have tooth pulled on Christmas eve, but that was Mark’s luck. We had our Dentist pull the tooth, which proved to be a jaw tooth with long roots. I commented to our dentist that surely it was unusual for a child’s first teeth to have long roots, and he gave me some insight about the roots of teeth. He said, ‘The child’s first teeth begin with roots every bit as long as his 2nd teeth, but as time passes, nature consumes the roots of the teeth until finally when the 2nd teeth arrive, the roots are all gone.’ ”

“The Church which we pastored before we came to Greeneville was a country church…it contained many tomato farmers…We used to go out early in the Spring and see the tomato plants coming up so strong and muscular…We would rejoice for our people to see the healthy plants…But the farmers themselves did not rejoice quite so strongly for they knew the outward part of the plant was not the whole story…They worked carefully with their plants, spraying them, suckering (? succoring?) them, weeding them….and all the time they watched closely…Only too often, they would go out into a field that one day looked healthy and strong, only to find many of the plants fallen over, cut off at the roots…The cut worms, working beneath the surface would saw that plant off like a demon with a knife!”

The title Dad gave this sermon was “The Roots of Our Faith.”

I had a very productive day off yesterday. I practiced on and off for most of the day. The organ guy arrived at church just as I was leaving. He will remove the stuck pipes so that I can use the swell until he is able to come and do the actual repair. This will mean that I will be missing a note, but I can work around that.

I want to say a few words about Yun Kyong Kim’s organ recital on Tuesday.

She played brilliantly. But I was surprised at the lengthy pauses she took to register pieces. These pauses were often more than a minute or two in length.

It’s ironic to me because she took such pains to come up with clever programming (more on that in a minute). The pacing of the pieces and the contrast was quite nice. But it fell flat when she took this enormous amount of time to prepare several pieces. I was surprised. Ray Ferguson would never have allowed me such time in a concert.

She played some unusual music.

“Comes Autumn Time” by Leo Sowerby was the first piece. She obviously chose this as a seasonal reference. This piece didn’t sound very Sowerbyesque to me. More Gershwin than Sowerby to my ears. Accessible. Her program notes neglected to mention this is a transcription of an orchestra piece by Sowerby.

Then two pieces by Joseph Bonnet.

For me these sounded quaint and not all that interesting. The first was “In Memoriam: Titanic, Op. 10, No. 1”

Holy shit. Only number one, eh?(link to pdf of entire opus – 12 pieces!) This was long and based on the tune “Horbury” which is “widely reputed” to the be the song played on the sinking ship (this is from Kim’s program notes).

Kim exploited the many different stops of the organ in her recital. However, I don’t find myself drawn to stops that wheeze and vibrate however appropriate they are to the music (celeste). I think they sound very dated. 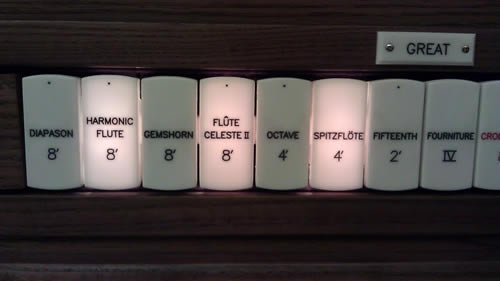 “Concert Etude on an Australian Folk Tune” by Robert Ampt demonstrated the considerable composition ability of Ampt. But unfortunately, the cantus firmus (an Australian tune called “Pub with  no Beer”) sounded annoying like “Beautiful Dreamer.” 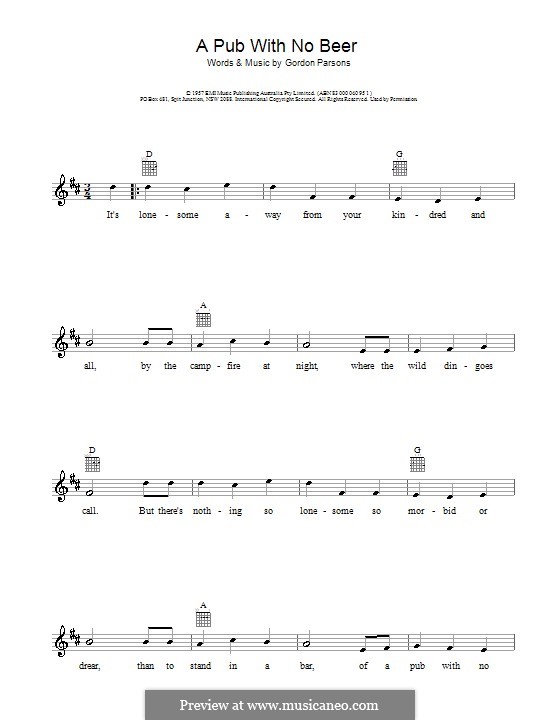 I would have been more interested to hear an Ampt composition based on better material.

Then two pieces by Vierne. The first, “Clair de lune” (Suite II, Op. 53, No. 5) put me to sleep. I thought it was boring. But “Les Cloches de Hinckley” (Suite IV, Op. 55, No. 6) was for my money the best written piece on the program. It made me wish that Dimnent had some true reverberation. I had to imagine how this piece would sound in Vierne’s church, Notre Dame in Paris. Finally by the time we arrived at “Fiesta” four selections from a suite by Ian Farrington, I felt the concert had been long enough. These pieces were accessible and displayed Kim’s considerable abilities. But they seem preoccupied with themselves as displays of bravura and the possibilities of registration.

Music audiences deserve the kind of pacing and contrast that Kim was attempting. But I feel more strongly that they should be given a glimpse of the deep beauty of music that would stand up next to all listening experiences available to them these days. This is a tall order. Dr. Kim went a long way toward doing this.