The title to this morning’s post comes from a William Carlos Williams poem, “The Flower.” 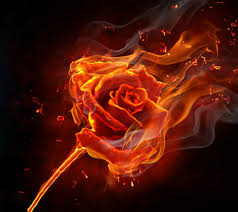 The phrase struck me as I read it this morning.

As you may know, dear reader, I have taken to rising and soothing my mind with poetry and non-fiction before starting my day. 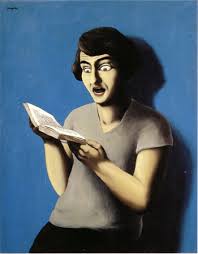 I have to wonder if this procedure has allowed my blood pressure to fall (which it has ever since my last doctor visit in December). Of course it could also be a faulty sphygmomanometer (blood pressure machine).

I tend to rise in the grips of thought.

“Thought was never an isolated thing with me; it was a game of tests and balances, to be proven by the written word.”

WCW seems to concur with my brother’s observation that writing itself can be a process of self-illumination. This phrase from WCW’s autobiography was also one I read this morning over coffee.

As was this one:

“What becomes of me has never seemed important, but the fates of ideas living against the grain in a nondescript world have always held me breathless.”

Ah yes, ideas, the bane of my existence.

HE SITS IN THE SUN rearranging the past, and tries to keep warm. He knows words, says them, but has forgotten their meaning. They hand all about, sparkling, just out of reach, the crystals on a chandelier he can’t light. His memory rings like a wind chime, sounding clear and bright, then dwindles to random jingles and clinks.

I’ve been reading in the book my brother and his wife gave me for Xmas, 420 Characters by Lou Beach. 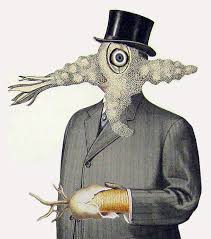 This morning several of the entries in it jumped out me as well. The one above seems to be a telling portrait of loss of memory.

In his author’s note, Beach says that “The stories you are about to encounter were written as status updates on a large social networking site. These updates were limited to 420 characters…” 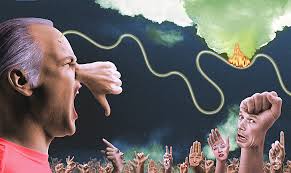 Stories? More like poems to me way of reading. Beach is a visual artist. The book says it’s his first book of prose. They are just dark enough to keep one’s attention:

I FLAY my skin for you. It hangs from my chest and arms and back like a fringed jacket, like I’m going to a Neil Young concert, like I smell of patchouli and boo, like I stick to the seat of your VW. Except that the shreds have hardened and clink against one another. I’m a human wind chime. Hey man, can you hear me now?

So a big thank you to Mark and Leigh for this book. I quite like the poetry or whatever it is in it.

“LET ME IN!” The failed artist from around the corner, 6 ft. 4 in. of canned ham, and his wee wife, 5 ft. 1, a regular pill bug, was banging on my door. A bird had just shit on his head, an avian comment on his life. Drug-riddled and depressed he was making lots of money in the video game industry. “What should I do?” he asked. I thought he should shoot himself, but didn’t say so. I handed him a towel. 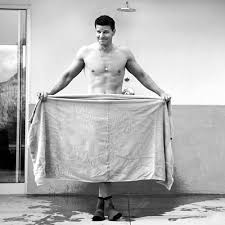 Finally, I close with another passage I read this morning. I think about what it means to live in artistic isolation and the relationship of journaling as I do in public. WCW puts it nicely.

“There is a great virtue in … isolation. It permits a fair interval for thought. That is, what I call thinking, which is mainly scribbling. It has always been during the act of scribbling that I have gotten most of my satisfaction.”

Ok. I guess you can make an argument that Internet access is not a human right, but this guy goes on and says it’s not a civil right. Is education a civil right? I suspect this writer’s motives.

From the people who underwrite PBS.  I usually yell during their commercials.

Racism in the U.K. is just as hidden and perverted as it is in the USA. That’s saying quite a bit. When Dick Gregory arrived in the old Apartheid South Africa, he gave a bitter smile and said that he recognized the place…. it was like the USA.