Harold Bloom mentions many different writers and thinkers to check out in his 2003 C Span Book TV appearance. I’m keeping lists of people recommends. One of those persons was the late Richard Rorty. Rorty died in 2007 so he was still alive when Bloom taped this appearance.

So I was surprised when Rorty was mentioned in this week’s On The Media episode. On The Media isn’t very web friendly with its links to its podcasts, but I bet you can easily find the latest one if you want to.  The whole episode is very fine and even better than their usually good fair.

Rorty wrote an article (or was part of an article) in the New York Times in 1996 in which he envisioned looking back at the 21st century from the year 2096. Apparently he also put this his ideas in his book, Achieving Our Country. 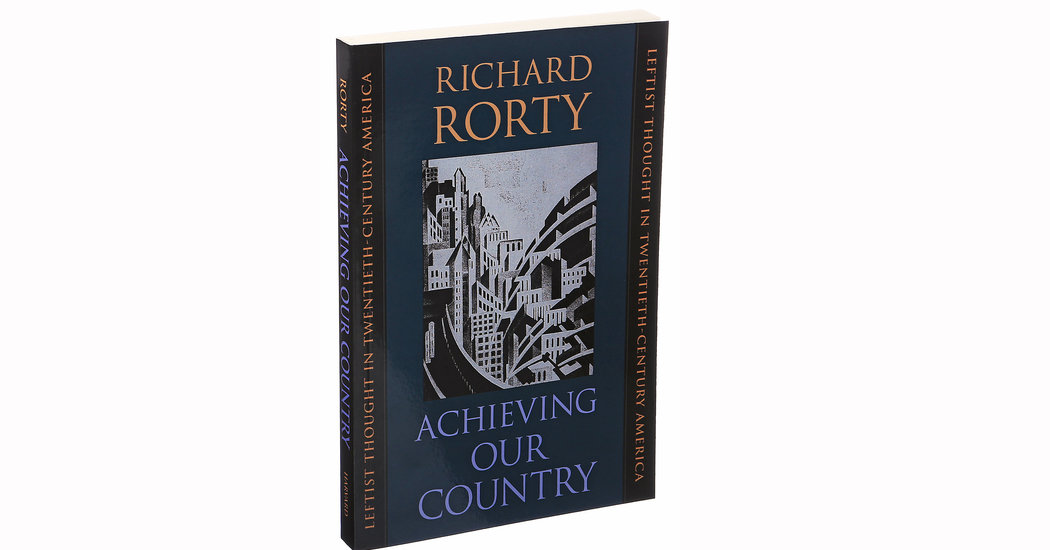 I’ve already requested to see a copy of it via interlibrary loan.

What’s so startling about what Rorty wrote? He predicted we would be in the situation we are now in the USA. After the 2016 election, there was an article in the NYT that I missed.

The date on this article is Nov 20, 2016. That’s shortly after Trump’s startling election.
The above article quotes a quote that says it clearly.

[M]embers of labor unions, and unorganized unskilled workers, will sooner or later realize that their government is not even trying to prevent wages from sinking or to prevent jobs from being exported. Around the same time, they will realize that suburban white-collar workers — themselves desperately afraid of being downsized — are not going to let themselves be taxed to provide social benefits for anyone else.

At that point, something will crack. The nonsuburban electorate will decide that the system has failed and start looking around for a strongman to vote for — someone willing to assure them that, once he is elected, the smug bureaucrats, tricky lawyers, overpaid bond salesmen, and postmodernist professors will no longer be calling the shots. …

One thing that is very likely to happen is that the gains made in the past 40 years by black and brown Americans, and by homosexuals, will be wiped out. Jocular contempt for women will come back into fashion. … All the resentment which badly educated Americans feel about having their manners dictated to them by college graduates will find an outlet.