My brother, Mark,  and sister-in-law, Leigh, just left for the next leg of their Xmas marathon throughout the Midwest.  The next stop is in Ohio which is where Leigh was raised.

While Mark was here, he made a very interesting comment that he views his writing as an end in itself to pursue insights (to paraphrase him). I like that a lot. It certainly fits me and my use of writing here and other places (private journals, what have you). 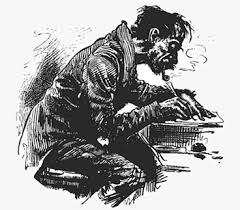 Putting words together to make meaning helps me think more clearly and understand my self and my ideas better.

So I persist in this endeavor which is now called blogging ( I used to think of it as having my own web site).

I recently ran across a new take on the blind men and the elephant.

Triarchy Press: the axis of praxis: Idioticon – The Missing Elephant

The above link is a synopsis/sales pitch for a book. 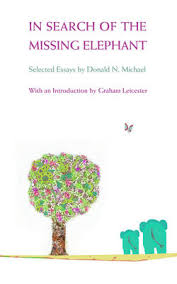 Basically it shares Donald Michael’s take on the story that when the parable is considered in a more contemporary context the person who is most blind in story is the person who thinks they can see the whole elephant. The author of the blog entry linked (Idiotcon… probably staff writer[s] for Triarchy Press) says it this way.

“In today’s world there is little chance that any of us will ever know more than one small piece of the elephant. And there are now so many different pieces, they change so rapidly and they are all so intimately related one to another, that even if we had the technology to put them all together we would still not be able to make sense of the whole.”

The parable of the elephant has been a defining one for me. I have experienced life as listening to many people with different parts of what seems like wisdom to me.

I’m still working this stuff out, but here’s a quick glimpse of the first four. All of them are sketched at the link above and presumably come from the book.

1. At this point, we have both too little and too much information simultaneously. We can’t grasp the whole. There’s not enough time given the huge amount of data and input one comes up against. 2. Too many bifurcated understandings and little or no common values exist in our society and our public discussions.

3. In such an array of confusion, how does one establish contextual thinking? I think of context usually in terms of history of a subject or idea, common defined vocab and current conversations/understandings in a given area. As our technology continues to shave us and our discussions into discreet unaware echo chambers, a historical fact or an insight from another informing a discussion or exposition of ideas is a rare phenomenon, indeed.

4. Linear thinking is less and less helpful. I can remember my first experience with the idea of hyperlinks.

It was with a software program developed around the poem, “Ulysses,” by Tennyson. The poem itself was linked to definitions, exposition of themes and ideas in the poem. There were many different videos of famous readings of the poem (including Ted Kennedy’s moving use of it in eulogy to JFK).

At the time I felt like hyperlinking was a concrete expression of how the human mind works (non-linearly, if you will).

I recall that this was before the World Wide Web, but after the Internet was up and chugging away.

Linking (non-linear thinking) became very easy and natural after WWW. I  would even say necessary to me.

Drawing straight lines doesn’t work any more in terms of thoughts, ideas and communication. I think this lack of straight line thinking is pretty wonderful but it is definitely a problem to many and especially those who don’t notice how they think.

I am figuring out how to get a copy of this book. Might have to actually buy the sucker. It’s available on Amazon, of course.

I just called the local bookstore to order it (trying to buy local). They might have to sell me a used copy via a distributor but what the heck.

The Big Lie – The Daily Beast

Newsweek writer, Michael Thomas, sounds the alarm and predicts a wild response to the inequities in American life.

About half of the members of Congress are millionaires. Sooprise, sooprise.

Congress has never been a place for paupers. From plantation owners in the pre-Civil War era to industrialists in the early 1900s to ex-Wall Street financiers and Internet executives today, it has long been populated with the rich, including scions of families like the Guggenheims, Hearsts, Kennedys and Rockefellers.But rarely has the divide appeared so wide, or the public contrast so stark, between lawmakers and those they represent.

A public liar works his way to redemption.

Bill Keller, former NYT editor, parses out the recent Russian stuff using his time on the ground there and people he knows. 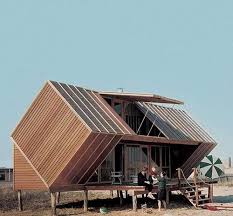 He designed the house where Khrushchev and Nixon had their famous kitchen debate. 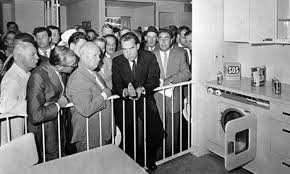 Ever since reading Lost Memory of Skin by Russell Banks I have been more aware of the box these criminals are put in by our society. As always the people who are the most outcast interest me. They tell us so much about ourselves.