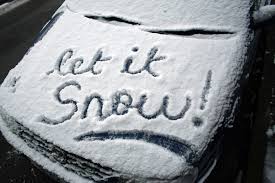 Blogging from my desktop this morning. The “Mainframe” as I think of it.

I have a ton of things to do this morning (like write the program for Sunday’s recital, due bills & put sheets on the bed for weekend guest… Barb Phillips), but I still wanted to blab a bit.

Eileen just came back in from trying to get the doors open on her car.

She asked if she could take the other car because she’s in hurry. Oh sure. Heh.

So I also have to make sure the doors on the car are going to open before I leave to do errands.

This morning while treadmilling I read two old articles by Janis Ian on the merits of giving away your music free (re-read in the case of the first article).

Here are some Janis Ian links:

and her two articles:

“The Internet Debacle” Originally written for Performing Songwriter Magazine, May 2002* Shortly after this article was turned in, Michael Greene resigned as president of NARAS. * Please note that this was written well before the advent of iTunes.

Her followup article from May 2003 in pdf form:

I realize that her 2002 article was probably about the time when I myself was beginning to believe that music should be free. (And ideas and other stuff). Pace Dave the artist and Cheryl the writer, old buds with whom I recently disagreed about this stuff.

Interesting how Janis Ian has continued to pop up on my horizon throughout my life.

I bought her first album and liked some of the album cuts. After that I occasionally would buy one of her albums. I liked it when she brought her “At Seventeen” album. Then a while back I noticed her marriage announcement in the New York Times with glee. I kind of approve of same sex marriages (see this Sunday’s Organ recital dedicated to all the local lesbian, gay, bi-sexual, & transgendered pipples). Then a few years ago, I went and saw her live in Ann Arbor just for kicks.

Somewhere in there I’m pretty sure I read her 2002 article.

I think my relationship to making money with music is pretty weird. I am a musician and have made money doing music. But not that much. I have a house that Eileen and I are just about done paying for. I remember when the church I was working for fronted me a couple of thou for the downpayment thinking that I never thought I would be able to afford a house. I came to this conclusion in the seventies when I read that Grace Slick was turned down for a mortgage loan for a bank. If working Rock & rollers couldn’t get a loan, church musicians just didn’t make enough to do so.

But here we are.

And I have come to think of money as a necessary evil with an emphasis on the evil.

At the same time I have realized that I don’t have a large draw with my music. Not enough commercial potential for church music publications or pop music recordings. No prob. I also don’t have the temperament to drive a career in these areas. I’m mostly just an old nerd who likes to play and write music and is happy if left alone to come out once in a while and play for people who are interested.

This Sunday will be a current barometer of just how many that is. Stay tuned to this space for observations and results. Heh.

In the meantime, go to http://www.janisian.com/ , download some music and then donate to Pearl Foundation. I’m going to.

Also I have been inspired by this guy:

He is a harpsichordist and organist who also gives his music away on his site:

I especially like the  piece L’amphibie mouvement de Passacaille by Couperin.

Now to get some work done.