The Haydn went very well yesterday. I was rehearsing it before service and a woman asked me about it, saying it was very beautiful. I talked to her for a bit about Haydn. He is often underrated. If you bothered to click on the recording in yesterday’s post, I guess you can make your own mind up about the piece. I think it’s lovely and also defies a bit of stereotype about this composer.

For the postlude I played this Chaconne by Louis Couperin. I couldn’t find a Youtube video of it as fast as I played it. (There are however several different ones available). This performer at least seems to understand French music a bit more like I do, but wow is this a heavy interp to my ears. 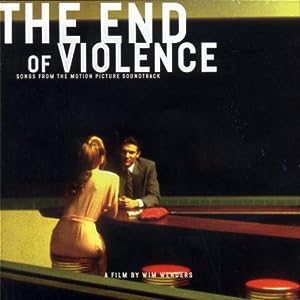 The soundtrack to the movie, “The End of Violence,” is one of my favorites.  Yesterday after a typical morning at church I was a bit frazzled as usual. Eileen and I hadn’t gone out to eat for a week. Eileen skipped church but we went out for lunch at the pub. I had two martinis and started feeling a bit more human.

When we came home I was delighted to discover the movie, “The End of Violence,” was playing on the Independent Channel.

It’s kind of a goofy movie, I guess. Not that great, but there are some scenes burned into my memory and it was great fun to see them again. Also,  since originally seeing the movie, I have played the soundtrack a lot. So I know the music much better and was interested to see how much of it was actually used in the film.

This is one of many on it that I like.

Also this one, although this video is admittedly dumb.

Of course the Tom Waits video at the top of this post is also one of the tunes.

I was discouraged to get up this morning and find an email in my inbox asking me if I could rehearse today in Grand Haven with the high school singers. I was hoping for a day off since the ballet class is on break along with the rest of the little Christian college in this town. Shit.

Here’s links to some recent online reading. Haven’t finished them all.  I like to read online while I treadmill so I sometimes save things for that.

Good quote from this one: “Does anyone seriously think Justice Thomas would become more constitutionally conservative (if that were somehow logically possible) as a result of his wife’s political activism?”

The Weather Isn’t Getting Weirder – WSJ.com

Seems to be Global Warming Denier proclaiming from the European desk of the Wall Street Journal. Interesting.

I always read this column if I remember to.  The New York Times hires respected journalists and gives them a platform to critique their journalistic performance. This column shows how an error slipped into the paper.

Quotes from this article:

“An initial glance at the WikiLeaks war logs doesn’t reveal evidence of some massive WMD program by the Saddam Hussein regime — the Bush administration’s most (in)famous rationale for invading Iraq. But chemical weapons, especially, did not vanish from the Iraqi battlefield. Remnants of Saddam’s toxic arsenal, largely destroyed after the Gulf War, remained. Jihadists, insurgents and foreign (possibly Iranian) agitators turned to these stockpiles during the Iraq conflict — and may have brewed up their own deadly agents.”

“The WMD diehards will likely find some comfort in these newly-WikiLeaked documents. Skeptics will note that these relatively small WMD stockpiles were hardly the kind of grave danger that the Bush administration presented in the run-up to the war.”

I can remember following the progress of our troops up the road to Baghdad being terrified that Hussein was going to unleash nerve gas or something at any point and kill many of our soldiers.

This link was passed on to me by my son. Jones is a physicist who has valid questions about the science of the Twin Towers- 9/11 attack. There are links in his CV:

This is just an abstract but you get the idea.

Haven’t looked at this yet.

Exercise & Physical Activity: Your Everyday Guide from the National Institute on Aging

Hey. I’m an old guy who has started exercising in the last few years. I need all the info I can gather.