As I age, I find it harder and harder to let go of things that upset me. There was an anti-Obama/anti-woman meme posted on Facebooger yesterday by a family member. I attempted to engage him privately about the double offensiveness of this meme, but he responded with anger and further derision.

I find myself wondering where all the hate comes from. I continue to believe that people make sense to themselves. But the hate is still upsetting. Then I have difficulty not thinking about it. Good grief.

It could be that Facebooger amplifies the emotions and fools people into thinking that hate is harmless or shared by many. Anyway, it’s the next day and I’m still thinking about it. It reminds me of similar anger I have experienced first hand from radicals. I can remember one in particular who was very angry at me for not hating the “pigs.” He told me after I had been struck by a policeman I would change my mind. I hope that’s not the case. At any rate, I haven’t been struck by a policeman yet. 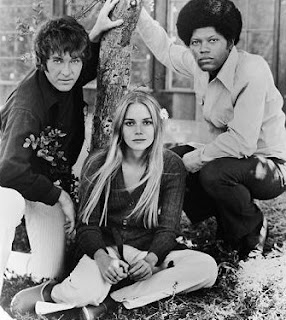 I can remember driving a friend home from a high school ball game (what in the world were we doing there? Did I play in the marching band that night?). As I turned on to the main highway and past the policeman directing traffic, my friend leaned out the window, gave the policeman the finger and said, “Right there, pig!” All of these people. my family member and friends from the past, seem very unhappy. It would be easy to do some armchair psychology on them and think they were generalizing their unhappiness on to the objects of their hatred. And it’s probably partly that.

But in truth, I don’t understand it. And I watch myself vigilantly and try to stop my self from stupid anger and incoherent reasoning. Not that I succeed all the time.

Brooks often leaves me in the dust with his conservative perspective. However there are some insights in this article that I find helpful and even pertinent to what I’m thinking about this morning: trying to understand the anger and confusion.

“These sudden stars are not really about governing. They are tools for their supporters’ self-expression. They allow supporters to make a statement, demand respect or express anger or resentment.”

“…in the ethos of expressive individualism, individual authenticity is the supreme value. Compromise and coalition-building is regarded as a dirty and tainted activity. People congregate in segregated cultural and ideological bubbles and convince themselves that the purest example of their type could actually win.

“Our ancestors worked for centuries to build a society; in a few decades, we tore it down and put up an economy. They were citizens; we are just consumers.” Matthew Hughes commenting on Brooks article

I agree with many of the online commenters that including Sanders in his list is an obvious attempt to undermine an experienced and idealistic statesman.

Chosen by Mississippi Democrats, Shy Trucker Is at a Crossroad – The New York

Then there’s this guy. He apparently won the nomination in the primary by being first on the ballot and not a woman (see my comments about being anti-women above). He told no one he was running much less sought visibility. Wow.