I have been thinking about my own musicianship and how disconnected my ideas of music are from most current ideas. The most popular idea seems to be that a musician is someone who makes recordings and plays popular music in hopes of making a living at it.

I figured out in the late 20th century, that I am not a recordist. I did this by purchasing and using a digital recorder which I recently gave to the rock and roll band that lives next door. Also I had help from reading up on it (of course) and befriending a young recordist (Jonathon Fegel) who did have a clue about the art and eventually became pretty accomplished at it.

So it’s not surprising to me that I don’t fit this category.

I’m still very interested in popular music (whatever that is) and try to find music that is new to me to listen to, enjoy and learn from.

I was disturbed lately by the rants of David Byrne and Thom Yorke against Spotify (both of them) and the internet (Yorke).

Both of these men have been involved with (written and performed) music I like.

I have even read in Byrne’s book on music which I found pretty quirky.

But I think they are both way off base with these rants. I was gratified recently to see some refutation of their weird renunciation of the wonderful interweb and Spotify. 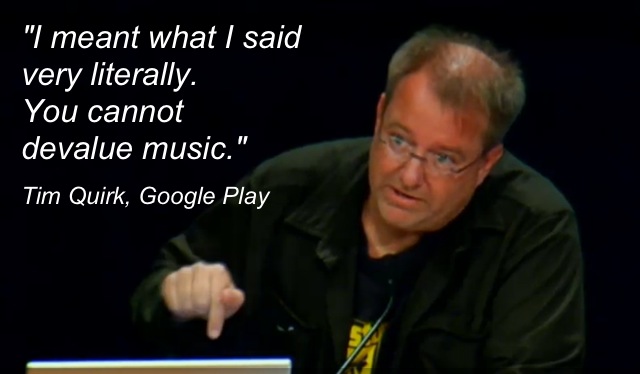 Basically Tim Quirk, the author, says music is priceless (disclaims being a hippie… ahem…. not sure I can pull that off).He comments that “What’s new is that the casual fans no longer have to buy if they don’t want to.” 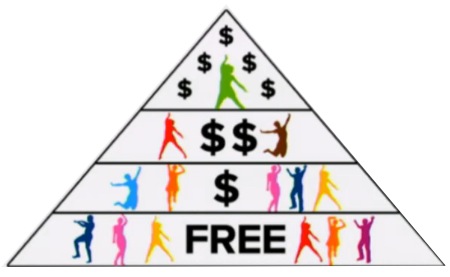 Quirk is saying that most people will ignore the music you that you might like, but the more you are connected to something the more willing you are to pay for it.

This reminded me of Ethan Zuckerman’s graphic.

In a wonderful critique of the New York Times approach to multiplatform pay scales Zuckerman says that the NYT practically “criminalizes” people who are trying to access news stories they have paid for once in one of the platforms. (quick side note:  I have a history of trying to get New York Times to give me a digital subscription (without subscribing to the paper paper) when everything was still free online. They make me crazy.)

Zuckerman endorses the public radio approach. He quickly says he doesn’t think the NYT needs to adapt the approach completely, just “that they would benefit from thinking about the relationship public radio stations and shows have built with their members.”

Between Zuckerman and Quirk I see a lot of hope about how popular as well as eccentric and even historical musics can be sustained in the new digital online world.

But I still realize that I am myself an eccentric in all of this. I insist that music is something I mostly want to DO (though I do love listening to it of course). And at the same time, Bach is as important to me as Zappa as music that I’m likely to discover and fall in love with that has been made up last week.

This doesn’t exactly seem to fit in with academics (who love Bach), the organ world (with whom I share many tastes but also am very critical of the narrowness of the field), or any other group I can think of.

I do it to myself.

And worse yet, I am happy this way.

This morning I was looking for the famous Hatch Sloppy Joe recipe, so that I could cook up the rest of the ground beef for Eileen to eat sometime.

I searched everywhere. It wasn’t in my file under Sloppy Joe. I began looking through Eileen’s recipe cards which she hoards but rarely uses. I found many recipes including the handwritten above and below.

Eileen confirms this is the handwriting of her mother, Dorothy Hatch. (Here’s a link to the recipe in PDF format)

Eileen and I had lunch with Dorothy yesterday along with her sister Nancy and her cousins, Diane and Janet, and Aunt Mickey.