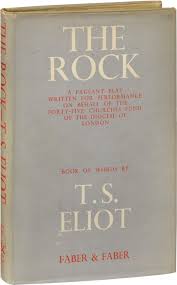 I became interested in T. S. Eliot’s verse play, The Rock, yesterday. I have never read the entire thing. When I looked on Amazon I could only find very expensive used collector copies. So I decided there were too many holes in my Eliot verse collection and ordered a used copy of his complete poems and plays for about $8 (including shipping). I think I love Amazon. It reminds me of Napster at its inception. The concept of the universal jukebox is replaced by the concept of the universal and all encompassing library. Works for me.

Last night at the choir party I had an interested conversation about the word, “fuck.” Don’t ask me how we got there. I probably said “fuck” casually in a discussion of sexism and words. My conversation partner shared an etymology I had never heard before. Fuck, he said he heard, came from an acronym: For Unlawful Carnal Knowledge and originated in puritan England. Snopes debunks it.

I remembered its origin was more “to strike” or “hit.” The OED came to the rescue.

I recall thinking I could freelance an article to Ms. magazine right after it was founded.

I would research the etymology of gender words and write a scathing and interesting article in support of feminism. My search led me to discover how sexist our language is (woman= wife of man). I think this was when I got the notion that “fuck” had the “strike” etymology as well as others.

I sent a copy of the OED definition to my conversation partner this morning. I accompanied it with a message in which I confessed to embracing the profane. I quoted Bobcat Goldthwaite: “I choose to swear.” 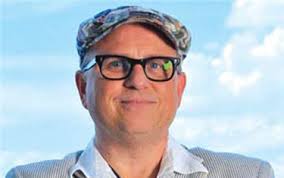 I mostly love words. I read a story about Bartok in which he began to speak very vulgarly in a private conversation, then defended his use of language. 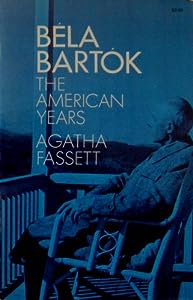 “‘What a pity,’ he [Bartok] continued with sympathy, ‘not to be able to feel the strength and purity of real words, words that stand for the very thing they are expressing. How vulgar substitute words are, by suggesting that they cover something ugly or evil. These words were accepted naturally by people who lived in close connection with the earth. These words in their original strength emerged like plants from the fertile soil, with special power and beauty, and were used by people who worked, rested, and made love on this soil and called every part of their bodies by these direct and inevitable names, names they used with both gusto and tenderness. Those who try to change these words, covering over their real meaning, making cheap substitutions, are the ones who cast ugliness upon words and meanings alike.

“He stopped for a moment, then spoke again more bitterly. ‘As far as I’m concerned, the most vulgar word in any language is “unprintable.” That’s the word that makes me wince, and how often I have had to suffer from this word in printed texts of beautiful folk songs, inevitably in the most beautiful ones, created in a mood of warm spiritual and physical tenderness, or in a deeply needed joyful humor to break the monotony of a hard life.’ ”  from Bela Bartok: The American Years by Agatha Fassett, p. 158 Dover edition.

2. Daft Punk Gets Human With a New Album – NYTimes.com

Bookmarked to remind myself to spotify this group.

I had a buddy (who has since pretty thoroughly renounced our friendship—a growing list of people over the years) who always read this section of the NYT (i.e. the Metropolitan Diary). Whenever I read a heartwarming story like this one, I think of him.

5. Spying on The Associated Press – NYTimes.com