This is my copy of a hymnal I spent most of my childhood singing from. At this point in my life I have learned enough about the history of American music to try put this hymnal and its music into the context of my own personal life and musicianship.

For the first sixteen or so years of my life I was part of the Church of God, the church my father and his father served as ministers. Both men were also musicians. My father cultivated his musicianship a bit more than his father. So after he matriculated from the little church college in Anderson and began looking for a job, his CV was a double one: preacher and choir director.

As I  remember now music was a very significant part of my experience of church. Last night I thumbed all the way through my copy of the Church of God Hymnal 1953. I could hear the singing of the people in my past as I listened to the melodies with my inner ear. This singing is quite sweet to me in my memory. Three times a week I would sit as a youth and sing with other people. My family had a practice of switching from the melody to the alto, tenor or bass line each for different verses. Singing in harmony was part of this experience.

The Church of God is very small in numbers. Wikipedia gives its present worldwide numbers at around 1.2 million.  This is hard to determine because since being founded in the 1880s this church has resisted thinking of itself as a denomination. I was raised thinking that it was non-denominational. No official membership. Makes it hard to count.

But if you consider that Catholics come in at around 1,116 million, Protestants at 590 million and Eastern Orthodox Christians at 225 million, the Church of God is not that many people (link to Wikipedia source for these numbers)  And it was smaller when I was young, I am sure.

The history of the  Church of God turns out to be the history of my family. And the music of the Church of God is a well spring of American music for me as a composer and musician. For much of my youth I was lukewarm to the music but played and sang it because it WAS music and I was falling in love with all music. But I grew away from the music, finding it saccharine and eccentric.

But now I have a love for all American music. American composers such as Ives, Virgil Thompson, Aaron Copland have reawakened my appreciation of my heritage of growing up singing in an American congregation.

So last night I thumbed through the Church of God Hymnal in the manner I do with any hymnal new to me, noting the tunes that I remembered singing and classifying them loosely into familiar, sectarian (used only by the Church of God therefore of limited influence), significant for one reason or another.

I was slightly relieved to discover that most of the hymns rattling around in my memory are not sectarian or limited to the Church of God. Of the 507 hymns in this book, I identified 120 as old gospel hymns I learned as a child (I omitted the classical hymnody of my professional life). Only 15 of these are limited to Church of God use.  However of the 507 hymns in the book, I count at least 127 that are unique to this little “non” denomination.

Counting was not only fun but necessary as there is no index in this book for composers or hymn writers.

I continue to attempt some rest and relaxation this week. Although yesterday my tasks seemed to mount up as I had to contact TMobile to stop paying for a service we are no longer using (Hotspot) saving us around $20 a month. Also called Netflix to cancel my Mom’s Netflix service at her request. Walked into the Tax place to jump start them a bit on my Mom’s taxes (My tax lady had the day off. So I will have to do this again today.) Picked out prelude and postlude for Sunday. Got my Mom back and forth to a doctor appointment. Treadmilled. Spent a good hour or so responding to my brother the priest’s request for some organ playing resources for his musician in New Hampshire. That was actually kind of fun.

Since I am a “scanning fool” this morning, here’s the first page of an out-of- print AGO resource I find kind of charming:

Here’s a link to the PDF of this pamphlet. I figure that’s okay since it’s not available now and I think it’s a good synopsis of ideas about improvising for classically trained musicians. 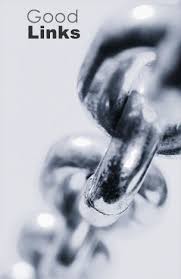 Timothy Karr: AT&T Takes America Back to the Future

Huffington Post article about how AT&T is replicating the monopolies of the 30s.

I liked this quote from this article:

“In a world where most people consume their news safely, perhaps in a comfortable chair on some electronic device, it is worth remembering how dangerous news-gathering has become.”

“At least this editorial ends with this sentence: “[I]t’s important to note that none of the objections by Arizona’s businesses had anything to do with the strong moral arguments against xenophobic anti-immigration bills.”

Interesting observations of Bob Herbert about the renewed need for the out-of-date notion of what we used to call “integration.”

“Schools are no longer legally segregated, but because of residential patterns, housing discrimination, economic disparities and long-held custom, they most emphatically are in reality.”

“I favor integration for integration’s sake. This society should be far more integrated in almost every way.”

“We pretend that no one’s a racist anymore, but it’s easier to talk about pornography in polite company than racial integration.”

The Problem With Partners – NYTimes.com

Some salient comments from conservative commentator, David Brooks, about the drawbacks of unilateral multinational moves like the recent no-fly zone in Libya.

I see war as a failure of civilization. Thank goodness I don’t have to make this kind of difficult calls. But more people are dieing and Americans are killing them. There’s a reason we have mechanisms to slow down going to war and spread the decision throughout our government. Too bad they get ignored routinely.

Some notes from a ranking Republican in our state congress on the Anti-Mich Governor Snyder protest in Lansing. Not a pretty sight. While I agree with some of the protesters objections to recent legislation, I definitely do not support uncivil behavior.