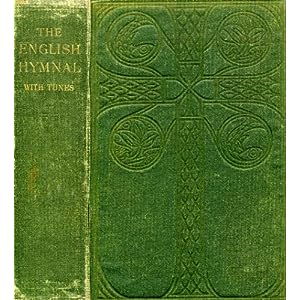 I have long admired The English Hymnal.  The musical editor, Ralph Vaughan Williams, is someone whose music I admire. I have wondered why it and Hymns, Ancient  and Modern exist side by side in English usage in the past.

Early in my church music work, I obtained copies of these hymnals and regularly consulted them. Finishing up The English Hymn by J. R. Watson, I ran across the explanation of their co-existence.

In the late 1890s, the editors of Hymns, Ancient and Modern began working on a new edition. In it they were influenced by the philosophy of poet and hymn writer Robert Bridges. Bridges wanted hymnody to be more elevated than the mid-Victorian and gospel hymns. He advocated a return to his idea of heritage: “plainsong, Reformation tunes, Gibbons, Tallis and Bach.”

Eventually he published his own hymnal.

His Yatendon Hymnal (which I had never heard of until reading its name in Watson’s prose) not only attempted a corrective in its selection, it was also a beautifully made book.

Unfortunately for the editors of the Hymns, Ancient and Modern, publication of their 1904 edition began to be known as “that dreadful red book.” They had attempted reform and angered the users of the book.

Into this came Vaughn Williams and his crew with a completely new hymnal. The editors of Hymns, Ancient and Modern refused copyright use of some of their tunes.

Vaughan Williams apparently jumped at the opportunity this created and paired the words of these hymns with English Folk tunes.

The English Hymnal was also a beautifully designed book.

This last text by G. K. Chesterton could easily have been written about our day and age. 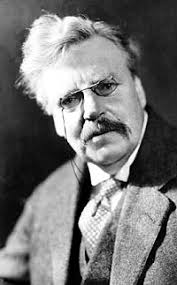 I admit that I am a reader and admirer of Chesterton. This morning as I read Watson’s analysis of his hymn, I was struck how his time (pre WWI and the loss of empire for Great Britain) has much in common with my own.

O God of earth and altar, bow down and hear our cry,
Our earthly rulers falter, our people drift and die;
The walls of gold entomb us, the swords of scorn divide;
Take not Thy thunder from us, but take away our pride.

From all that terror teaches, from lies of tongue and pen,
From all the easy speeches that comfort cruel men;
From sale and profanation of honor and the sword;
From sleep and from damnation, deliver us, good Lord!

Tie in a living tether, the prince and priest and thrall;
Bind all our lives together, smite us and save us all;
In ire and exultation aflame with faith and free,
Lift up a living nation, a single sword to Thee.

“Our earthly rulers falter, our people drift and die; The walls of gold entomb us, the swords of scorn divide; Take not Thy thunder from us, but take away our pride” could have been written about American right now.

Chesterton even mentions “terror” and the harm it can do in the next verse and along with “lies” and “easy speeches” and asks for deliverance from all of it.

The last stanza is a call for community in my reading. A tether that will “bind” all. He doesn’t entirely avoid nationalism as he calls for a spiritual revitalization.  In that he also echoes American now who cannot see herself as anything but first in the world.

This story continues to fascinate me.

Predators help the flora as well as the fauna in the ecosystem. Who knew?

Should U.S. Stay Out of Mideast Affairs? – NYTimes.com

Love lovely quote in this article:

Samuel P. Huntington’s much misrepresented book “The Clash of Civilizations and the Remaking of World Order”: “The West won the world not by the superiority of its ideas, values or religion … but rather by its superiority in applying organized violence. Westerners often forget this fact, non-Westerners never do.”

What a national shame.

It would also have been helpful if Cooper and the editors had explained that the U.S. actually has a horrendous record when it comes to supporting free-speech and democracy in the Muslim world.