I discovered that my reel to reel tape player also works through my new Christmas contraption.

I have recordings of my grandfather and father that I really should put in mp3s and share with fam.

I woke up this morning realizing that the introvert me was relieved to have the holidays over. I feel like the person in the Friedman fable whose nervous system is on the outside of his body.  Especially when I consider my own behavior in retrospect, I wince. I hope that I am not as obnoxious as the guy in the fable who insists that his wife not come near him or touch his nerves causing him much pain.

From this meditation, i found myself mulling and thinking up something like a poem about social media:

Social media is like a curtain between emergency room cubicles. Isolated and possibly wounded we are not exactly alone, not exactly together. We can hear each rustle, breath, fret. Some of us are hurting, some hysterical. We pass hasty notes and clippings underneath the curtains. Our true selves, our bodies, remain hidden.

Welcome to my browser with hundreds of tabs open.

I was very gratified yesterday to run down some connections between Finnegans Wake and Lewis Carroll. I think I have mentioned here that Joyce has an obvious debt to Lewis Carroll for the idea of “portmanteau words” (Humpty Dumpty’s phrase in Through the Looking Glass).

However before yesterday I had never read this in print. I was reading Gilbert Stuart’s instructive essay, “Prologomena to Work in Progress,” found in the collection of essays, Our Exagmination Round hHis Factification For Incamination of Work in Progress. (more on this essay later)

Stuart mentions both Carroll’s poem, “Twas brillig, and the slithy toves,” and Humpty Dumpty’s later explanation of the poem to Alice.

Even better I pulled out my Annotated Alice and found that Martin Gardiner back referred to Finnegans Wake. There is a lovely circle squared for Jupe! “The boisterous joviality of certain passages [of] Jaunty Jaun [one of the two sons of HCE] will certainly offend those who hold that gravity should exclude buoyancy in treating of first and last things.”

“… exclusive seriousness… is a color-blindness of the intellect.”

I know that I find myself blind when being too serious. Like when I am in the throes of an  embarrassed introverted meditation on my own past behavior in the presences of others, eh? 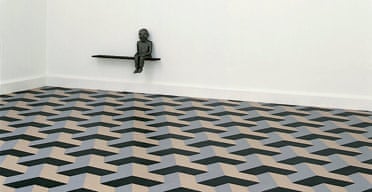