Yesterday was another of my busy days. I am very proud of the final program for today’s recital. I wrote extensive notes and had Eileen and Charles Huttar (an English prof from church) proof and comment. The final product runs to 8 pages. I think it will add to today’s experience.

I was contracted to play a gig last night which turned out to be much more work than I anticipated.

I arrived at 4 PM to find that the rest of the band was downstairs playing video games. They provided me with a red bow tie and cummerbund. They confirmed my suspicion that these were part of their band uniforms. (The bass player’s Dad is their band director)  I sort of felt like one of those movies where the middle aged person is transported back to high school.

Yikes. We didn’t get started for a while. And we played very sporadically all evening with long long breaks in between.

The occasion was a Valentine’s meal for First Reformed Church here in Holland. There were two scheduled meals: The Early Bird and the Later Meal. We ended up doing 4 or 5 sets over about four hours. I got done at 9 PM.

The only problem with this is that it was the Saturday night before a very big
Sunday. So I need my energy today and am a bit tired. But I will do fine.

Playing with the other musicians was very interesting and fun. The sax player began to be more intuitive about who does what when. That was very satisfying to witness. The bass player and drummer are very fine intuitive musicians. They play and adjust well.

I had fun improvising. I usually do.

And it was comical the way the three other musicians sat on the couch in the Teen Center in the basement of the building and played Star Wars video games on a large screen TV. 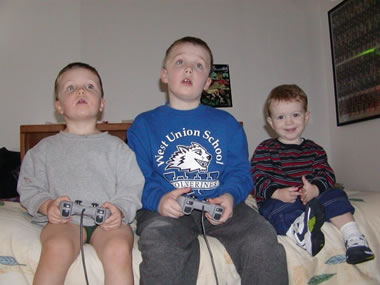 The drummer loaned me his Mac and I was able to go online. During one of our longer buy genuine diazepam breaks I drove home and got my own netbook.

So today the Youth Choir sings and that makes a bit of an easier morning.

My boss is taking the weekend off and that means I need to be a bit more vigilant to make sure we start on time and that things run as smoothly as possible in her absence.

I have scheduled a kind of tricky prelude (which I mentioned in previous blog). Despite having tons of prep for today yesterday (I also bought cookies and lemonade and stuff), I managed to get about twenty minutes of rehearsal on this piece by Emma Lou Diemer. I hope it goes well. It’s a cool piece.

I am meeting the custodian at 1 PM to set up the performance area.

The choir arrives at 2:30 PM (in theory) for an intensive rehearsal. 4 PM is the scheduled time for the concert and we should be out close to 5.

It’s actually not too hard of a day for me.

Much easier than the day I played my solo organ recital recently. The music today is much much easier for me.

I will have to tune the harpsichord a couple of times before 2:30. I have it sitting in the coffee room in the hopes that it will advertise what we are doing this afternoon to people from church who have not noticed and might want to attend.

It’s hard to predict the attendance. I made 50 programs. I am thinking the audience will be around 40. There are about 15 performers including myself. We are setting up five tables. Eileen is making lovely rose centerpieces and we will scatter Valentine candy around as well as provide some lemonade and cookies. It’s not exactly Poisson Rouge, but it will do.

I’ll report later how it went.

0 thoughts on “high school for sure dude”