I checked this book out of the library a while ago and finally started reading it last night.

It seems to be a companion volume to a PBS special the author directed:

Netflix doesn’t have a DVD available but happily one can stream it which is really my preference anyway.

It seems to possibly be a mix of old ideas and new.  After having finished George Lakoff’s The Political Mind, I would be very interested to see brain science applied to music.

Mannes seems more interested in documenting therapeutic aspects of recent research which is mildly interesting to me.

She interviews McFerrin and also one my favorite musicians, Evelyn Glennie. 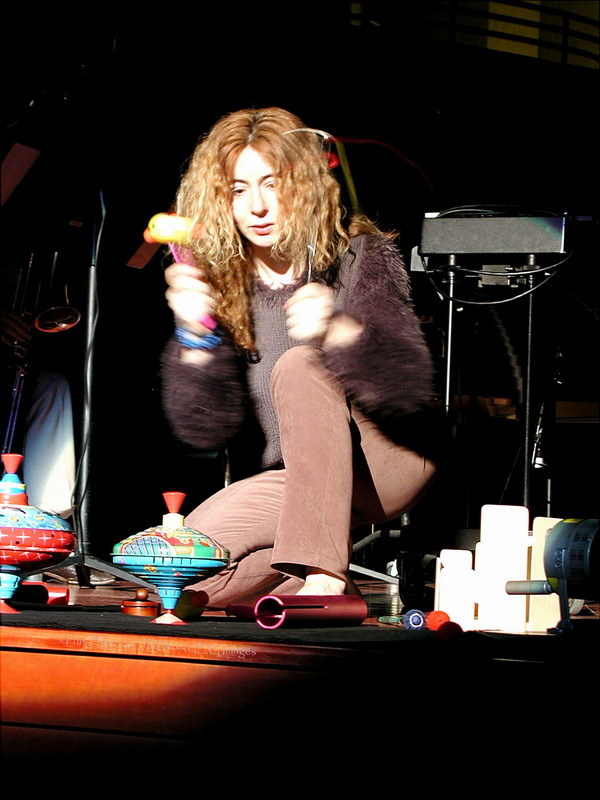 She footnotes her book to her documentary quite a bit. I will probably at least try to watch it. I find when people attempt to communicate information with videos there is an inevitable dilution of the content (Hence Mannes book no doubt). I’m willing to admit that my reluctance to get my primary information from videos (TV, Movies, whatever) and preference for prose may very well be a flaw(further examples of my own werid anachronistic approaching to being alive right now).

However I am enjoying Mannes book so far. It’s just not as “meaty” as I had hoped. I’m sure the information I’m looking for is available. I will probably run into it sometime.

“Glennie notes that most people tend to make a distinction between hearing a sound and feeling a vibration. But the distinction we make in English doesn’t exist in the Italian language. The verb sentire means ‘to hear,’ and the same verb in the reflexive form, sentirse, means ‘to feel.’ ”

Elena Mannes, The Power of Music

Glennie of course perceives music as vibrations due to her deafness. Like so many people confronted with physical differences these days she has turned her lack of auditory perception into an blazing asset. She is a wonderful musician period.

“Daniel Bernard Roumian, a young cross-genre violinist who is known as DBR, thinks one reason music is so powerful is that sound actually penetrates our bodies: ‘You know when someone says that a piece of music ‘touched me’ or ‘moved me,’ it’s very literal. The sound of my voice enters your ear canal and it’s moving your eardrum. That’s a very intimate act. I am very literally touching you, and when you speak to me, you are literally touching me. And then we extend that principle to the sound of a violin.”

Elena Mannes, The Power of Music

I just put this quote up on my church’s Music Ministry Facebook page. I think it’s very cool. Musicians know this instinctively.

She does get a bit into the physical aspects of hearing. I don’t think this science is at all new and I think she either dilutes or confuses things a bit with talking about “electrical signals.” (This is the way I used to think about this, but now I see the physicality as much more complex). But I did enjoy learning that the body is designed in part very like a musical instrument literally laid out in attenuated lengths to perceive pitch:

“[R]emarkably, hair cells [inside the ear drum] are designed to respond to frequencies from low to high, like a piano keyboard. [They] then convert the vibrations of different frequencies into into neural signals, which travel from the ear to the brain stem and up into the brain as electrical signals… The electrical charge goes to the auditory cortex, which is laid out in pitch order. So our auditory system is designed rather like a musical instrument itself, organized to produce our perception of different frequencies.” 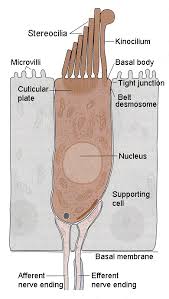 These pictures are not from her book, but she does have some photos in it. 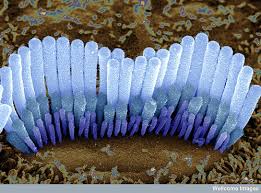 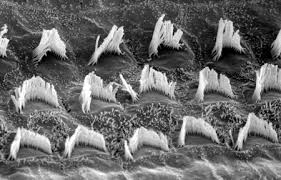