My old organ teacher, Craig Cramer, emailed a link to the interactive map of religions pictured above. (click on the pic if you want to go there) Not sure why. He thought it was interesting. If you scroll across the map it gives you the breakdown state by state. 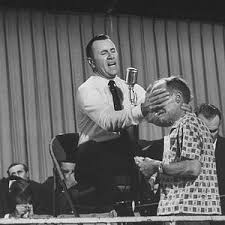 I myself have been feeling a bit distant to religion in general and the community I serve in particular.

There are good parts, however. Last night the “Christian Practice” my church was exploring at the Wednesday meeting was “singing.” After supper and the shortened evening prayer we adjourned to the choir area of the sanctuary and people called out hymns they wanted to sing.

Two of the kids choir members (which was not meeting due to the “singing” Christian practice thingo) called out numbers so quickly that soon the adults began calling out numbers as well just to be part of things.

I was surprised when afterwards so many people mentioned how much they enjoyed it. 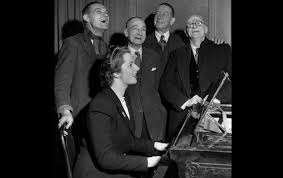 I need to remind myself how unusual regular music making is in people’s lives. People do not get a chance to do what I do almost daily on a regular basis.

It reminded me of my nursing home trips where I will sit at the piano and ask people to call out numbers in the hymnal to sing. There never seems to be a lull.

As I was blogging yesterday I was surprised when my beloved nephew Ben came down the stairs to chat me up a bit before I went to work. As I wrote yesterday my expectation was that I might miss seeing him and Emily my niece due to my own schedule.

As it worked out I was able to do both my usual rigorous Wednesday schedule and still get a chance to chat with Ben and Emily.

Elizabeth made up plates of veggie marinara sauce with spicy veggie sausage which was quite tasty. I made up a plate of veggie carpaccio for my niece Emily who has been avoiding all gluten in her diet. Eileen joined us for lunch and we had lively conversation all around.

I do miss the Jenkinses.

Eileen skipped most of the Wednesday experience at Grace and went for food and drinks with the group.

At the end of the day I was exhausted. Wednesdays are long days I guess.

This would be great but looks unlikely at this point.

The Rise in Exhumations – NYTimes.com

A couple of related news stories.

France Says It Will Vote in Favor of Palestinians’ U.N. Bid – NYTimes.com

Such a perplexing situation.

Did you know people were burning themselves up for this cause? Elizabeth mentioned this.

Over charging for prisoner phone use. Figures.

Break Up the Telecom Cartels – NYTimes.com

On average, for instance, a triple-play package that bundles Internet, telephone and television sells for $160 a month with taxes. In France the equivalent costs just $38. For that low price the French also get long distance to 70 foreign countries, not merely one; worldwide television, not just domestic; and an Internet that’s 20 times faster uploading data and 10 times faster downloading it.