Spent most of the day working on the harpsichord as planned. I moved 20 strings closer to their jacks.

This is necessary so that the quills (or plectrum) can be “voiced” well and function properly.

I learned to be very careful with the drill since on the second hole, I broke the very very small bit. They came in a two pack and I managed to learn how not to do that again. By the afternoon I was getting much better at the whole process. I now feel confident if I discover a string needs moving I can easily do so.

Before starting I called Zuckermann and asked them about this step. They encourage you to call and ask for help. The person on the phone said that the distance between the jack and the string was the important thing to look for. I was concerned because moving the strings to do so looked so radical. Most of the strings needed to be moved a good 1/8th of an inch. This leaves them a bit off kilter looking, but the Zuckermann guy said that was not a problem.

He encouraged me to eye the distance off a jack with a quill installed. This was a good idea and helped considerably. He also said I should make sure the guides for the jack were allowing it to be exactly vertical. I purchased a tiny Combination Square to double check this and did some adjusting before beginning on the strings yesterday.

After working on the harpsichord, I rushed off to practice organ and then get groceries. Eileen called and reported that she had taken a fall at work and was not hurt but was bruised badly enough for an ER trip. I bought ice and a gel ice pack for her leg at the grocery store. 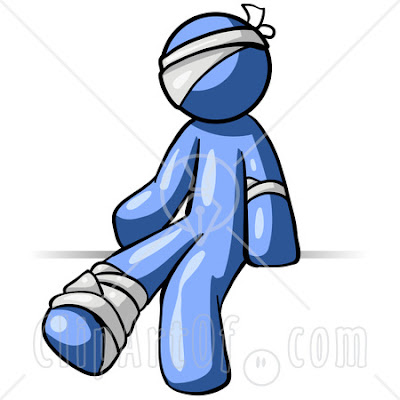 By the time Eileen came home, I had ordered a pizza and was treadmilling away.  We ate pizza and watched “The Informant.” I don’t know what to think of this movie. It’s about a crooked biologist who embezzles millions from people. It’s very confusing because initially you can’t tell whether he is lying or if he is a true informant. The music tips off the viewers that something is up. It’s a bit on the flippant side (Marvin Hamlisch of the Scott Joplin revival did the music).  I guess the movie is mildly entertaining. But I’m not that big a movie person.

Today I have two dance classes to play for before lunch and then a wedding this afternoon.