Jermey Denk the concert pianist has a lovely article in the April 8th edition of the New Yorker. I would link it in but it’s locked away in their subscriber only section (stupid stupid stupid). It’s called “Every Good Boy Does Fine.” You might recognize from where he took his title.

It begins with his parents bringing him a little black notebook he kept as a piano student. It is filled with comments and memories about his study with William Leland, a teacher who seems to have taught him well early in his career.

The book is a record apparently quite extensive of his study with Leland. Leland sounds like a character. He improvises the prized “stars” piano students often receive by hand: “… sometimes the stars were beaming with pride, sporting halos or crowns; sometimes they had sidelong glances, to reflected mitigated success; some stars were amputees, and limped on crutches…” Leland not only writes his own comments (“Practicing a passage is not just repetition but really concentrating and burning every detail into your nervous system.”) but also jots down memorable words from his young student: “Quote of the Week” — “It’s amazing what you can do when you go slower.” The words in the book ring so strongly in Denk’s memory that he writes “It took me weeks to silence the voice [in the book] and play normally again.”

Denk’s charming and informative article moves quickly to his undergraduate experience at Oberlin where he eventually is exposed to György Sebők a prof visiting from Indiana U. This begins a huge influence on Denk’s life which he writes about eloquently.

The part that sticks in my mind is Denk’s description of Sebők’s unusual habit of sketching out harmony on a second piano while a student performed for the class. He adds “chords quietly from time to time, to enunciate a higher rhythm of events…. It was unforgettable, this demonstration of poetry of structure… ” Denk comments that later he would be listening to performances and wish “that Sebők would come onstage and start playing those chords, so that the performers would stop producing sausage-string phrases and give us ones that know their surrounds.” 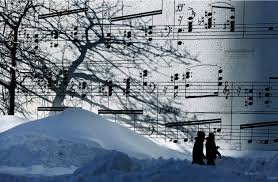 This morning I continued reading in Christopher Small’s Musicking. I am beginning to understand Small as speaking from a conservative point of view, more accurately working toward breaking free of a conservative conventional point of view, that I as a musician have never really shared or bought into.

His treatment of harmony reveals both his insights and limitations. as evidence of the “controlling power of the chordal progressions of tonal harmony.” I believe he is under the academic mis-perception that harmony is the main way musical tension and resolution is created. There is so much more to it than this and I’m sure Small perceived this. But his argument reduces music to types that “delay gratification” by using harmony to create “variation,” “surprises,” and “forward motion.” By this I think he means a lot of classical music that symphony orchestras play. But music that uses simpler more predictable chords (He mentions blues and jazz) arouse only the security of predictability and and with this predictability renounce variation, surprise, forward motion, etc.

I disagree with this notion. One only has to think of the wonderful performances of blues musicians and jazz musicians one loves to know that their artistic statement is complete even under this kind of scrutiny.

Small himself goes on to say that the classical composers who supposedly renounce 19th century harmony manage to create music which is varied, surprises, moves forward, climaxes, creates resolution, but through means other than harmonic ones.

This makes his observations seem a bit one dimensional to me. But I guess they make sense if you have been educated solely in the classical tradition (as Small was I’m pretty sure) and are trying to break free of these blinders.

This article points out the dearth of media coverage on this. NYT seems to be the only major source that covered it.

Charming article about doing academic research reporting to the tune of “Girl from Ipanema.” Recommended. Made me smile more than once.

“We have a system that only catches morons,” sighed a member of the State Legislature

“a collective act of despair”

“It’s a total mystery who is going to face the death penalty and who is not.”