It’s been good to get away. There is snow on the ground this morning in Unadilla. Not much. I didn’t notice it until after Mark and Leigh were both up. I think they have stuff to do today. They aren’t usually up this early, except Leigh walks through to take the dog outside.

I finished Beckett’s essay on Finnegans Wake this morning. I am drawn to Beckett. It might be time for me to buckle down and read his novels. I have been dabbling in Molloy. Beckett gets despair right. He often also gets redemption right. I find his work beautiful. I can still recall the emotion of watching John Hurt in London doing the play, “Krapp’s Last Tape.” Many moments of beauty in this work and in that performance. 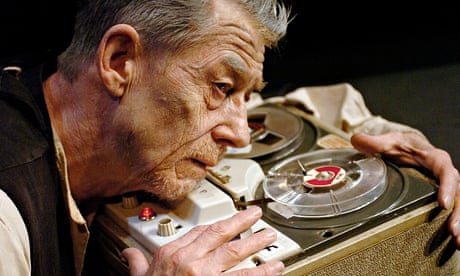 I feel strongly Beckett’s sense of solitude and pondering. I often feel isolated. It seems a pity to rely on Eileen to bear the brunt of my personality at all times. I am learning to be quieter. It’s a bit sad, but I have a tendency to watch the effect I have on others and try to adjust. This is what it’s like for me to be passionate and 64, I guess. Keep the mental volume turned down in the presence of others. Allow the freedom of thought and imagination in my music, reading and study. I am definitely an anachronism these days, preferring beauty and even profundity instead of the quick fix of the internet and the mobile phone.

I received an email from the Dance Department yesterday requesting a bio and a head shot for the web site (speaking of quick fixes). I find it discouraging that they are addressing the “recognition” aspect of my and others’ work without a whisper about what is happening in the area of remuneration. Sigh. Double sigh really because I was looking forward to having more of my time for myself.

But I don’t know for sure if they are going to use me next term or not. I laboriously sought out online translations of several passages in Italian and Latin by Dante that Beckett quotes in his essay on Finnegans Wake. I found a blog post about this very concept which was very helpful. I carefully copied the translations into the essay. Basically Beckett observes that Dante cobbled together Italian dialects to make a new Italian that “could have been spoken by an ideal Italian who had assimilated what was best in all the dialects of his country, but which in fact was certainly not spoken nor ever had been.”  He compares this, of course, to the way Joyce remakes language and frees it from the “danger… in the neatness of identifications” (First sentence in the essay linked above by Beckett). 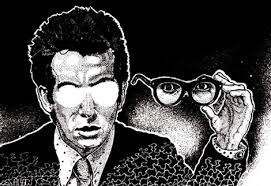 Joyce’s free wheeling beauty and humor is in direct opposition to the glibness and quick fix of much of what passes for intellectual and artistic life these days or at least the stuff I come in contact with. When Beckett writes that you, the reader, “are not satisfied unless form is so strictly divorced from content that you can comprehend the one almost without bothering to read the other,” he could easily be talking about the Internet although he was writing in 1939.

He goes on to talk about a “rapid skimming and absorption of the scant cream of sense…” and “dribbling comprehension.” This all sounds sadly familiar.

Sorry to be such a downer today. There is really a Mozartian joie de vivre to both Joyce and Beckett.

It just stands in such stark contrast to the vapidity I deal with on a daily basis.