“Happiness is for pigs.” I read this somewhere and it struck me pretty forcibly. It was attributed to Socrates, but I think that was humor.  This phrase has been for me an antidote to the mindless pursuit of pleasure I have lived amidst my whole life here in America.  It causes me to consider what happiness is for me and what is worth pursuing in life.

“[I]t’s not death that spoils life as we live it, it’s how we think about life that does.” Jerry Weinberger, “Benjamin Franklin on American Happiness: a wise advisor for troubled times” City Journal Sep 21, 2010 [link]

I did manage to read this article that I linked in yesterday’s post. Weinberger first discusses what happiness means for humans and especially Americans right now. He draws on the wonderful Alexis de Tocqueville.

De Tocqueville’s Democracy in America is a book I have consulted in efforts to understand America, it’s history and it’s unique position in the world.  De Tocqueville is a 19th century intellectual Frenchman who toured the USA fascinated by the emerging national character which he describes at length. His insights have proved startlingly pertinent to the field of sociology and just plain understanding who we as Americans are. 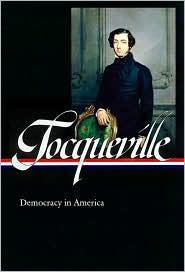 Weinberger points out the de Tocqueville also anticipated the psychological concept of the paradox of choice. I did not recognize this concept by this description. A quick glance at the Wiki article showed that while I didn’t know the phrase, I understood well the concept that an increase in choices can decrease one’s sense of well being.

This is like so many psychological insights. They are lodged in the conversation of ideas and literature that go back to the Greeks in Western Civ. Not by chance does Freud utilize Greek legendary figures to describe his fledgling theories. I have often thought that a thorough reading of Shakespeare provides more insight into human thought and ways than a host of psychological and philosophical technical observations. 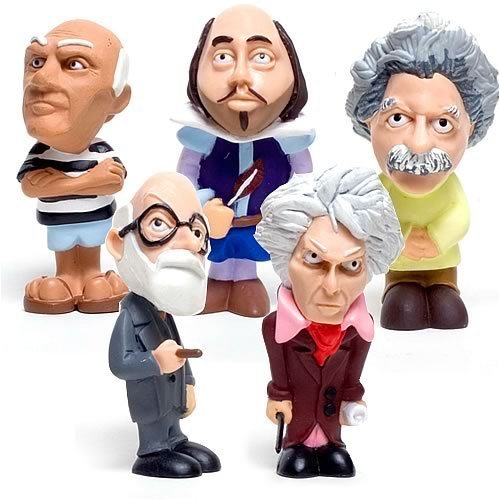 But Weinberger chooses Benjamin Franklin as a pattern for finding happiness in the current American environment. He says that while Franklin was probably the first American (I think he means in terms of the evolving colonial statehood and eventual national character), he was also bad at religion and family and therefore thought a good deal about their roles in life.

Both of these institutions in American life are changing at a very fast pace.  Franklin is a pattern of someone who saw clearly that how we see our position in life affects the quality of the happiness. He was quick to point out the hypocrisies of religion and the common wisdom of his day. He was a bundle of advice (Poor Richard’s Almanac), a free wheeling life style and a barbed sense of humor.

Franklin catches our attention when he says he enjoyed his life so much that he would live it again the same way. An admirable way to have experienced it.

He rejected the “wisdom of gain” as the sole purpose of life and said that one should quickly make enough in life to cease thinking about earning one’s bread and then live to enjoy it.

The one thing I find missing in Weinberger and Franklin is a sense of the other. I think that Franklin operated from the basic important sense that we are never totally happy when we are operating from selfish motives.  Happiness is present in thinking and serving others and realizing that one is a small part of the huge universe.

My suspicion is that these ideas were unarticulated assumptions in Franklin’s life. Hard to know. It is troubling that he was so hard hearted about the death of his wife. But I equally suspect a reading back of contemporary romantic notions of love and marriage in my reaction.

Basically, Franklin thought that reaching one’s potential was an important aspect of living.

Franklin notes that a sound mind is God’s gift of the capacity of “reasoning justly and truly in searching after and discovering such truths as relate to my happiness,” which reasoning can be “improved by experience and instruction into wisdom.” That wisdom is “the knowledge of what will be best for us on all occasions and of the best ways of attaining it.” And while no man “can be wise at all times and in all things,” some men “are much more frequently wise than others.”

Reading this article makes me want to back and re-read Franklin’s work and/or find a good well researched biography of him.

I associate him with my grandfather Jenkins of the same first name. I  just walked in the other room and checked what I have by him in my library. Lo and behold I have nine volumes of his writings plus a small anthology that I think may have been the property of my grandfather, Benjamin Jenkins.

I need to finish so that I can do some browsing before going off to do church music.

6 thoughts on “happiness is for pigs”