My brother emailed me concerned about the “heart problems” I mentioned in the last post. He doesn’t read this blog but his wife does. (Hi Leigh) She mentioned it to him. Here’s what I told him:

I have an enlarged heart (as does Mom). Last year Fuentes ordered a echocardiogram of my heart which revealed some damage on my left side. This is possibly the result of years of mild hypertension or maybe just genetic roll of the dice. She said my heart sounded good when she listened to it at the last appointment. That was when she asked me to begin taking the proverbial 81 mg of aspirin a day.

So the heart problems are not huge or specific. Just in case any other reader was wondering.

Whippy skippy you live till you die.

I am seriously considering going out and playing on the streets again today. It has occurred to me that the more regularly I do this the more listeners will know when and where to expect me.

Interestingly at  least two people have mentioned they saw me playing on the street last Monday. It felt very lonely except for the attentive policeman who wasn’t listening only checking me for drugs or something.

I have thought of wearing a suit and tie today just to be sarcastic. And of course playing softly this time.

I do enjoy just sitting and playing music outdoors. It is a balm to my jaded soul.

I am troubled when music and things of beauty that I love like poetry, art and other stuff are treated primarily as commodities to be consumed.  So this is my little protest that I fling in the face of the huge cosmic nothingness of negativity.

Not called for by the circumstances; uncalled for; without reason, cause, or proof; adopted or asserted without any good ground unjustified….

My mood seems to be shifting a bit away from depression and more toward a loosening of expectation around my situation at work.

Last night I was quite exhausted after driving up to Whitehall for the annual Hatch Easter Egg hunt. I lay in bed for a while reading the paper online and then I went downstairs and played Bartok’s Mikrokosmos vol IV for a while and felt much better.

Today I have to wrap up my Mom’s taxes with the tax woman. Other than that I have a pretty free day. Thinking I might do some cooking as well as play in the street, but we’ll see.

Tuesday begins a busy week for me. It looks like I will have a therapy session meeting with my boss and a co-worker on Tuesday afternoon. I will try to steal myself to be constructive in this situation even though I am increasingly unsure of my standing. This is probably just narcissistic insecurity. The trademark of the hack musician, n’est pas?

Anyway, my Mom has several appointments I am planning on taxiiing her to. And Saturday I am playing for a Dutch 50th wedding anniversary Mass at the Catholic church I used to work at locally. A lot of the singing will be in Dutch. It should be another of those odd little charming situations I find myself in from time to time. 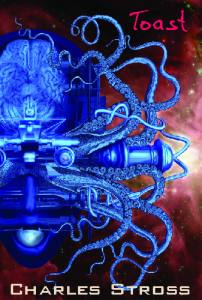 My postlude went well yesterday. I played a lengthy French Baroque piece based on the lovely tune to “O Sons and Daughters.”  Most French Baroque organ pieces of this kind are based on Christmas folk melodies from France and the entire genre is sometimes referred to as “Noels.” They are usually a series of Frenchified variations on the melody and the one I played yesterday was no exception.

People tend to ignore the postlude at my church which is pretty typical. I have long since accepted this and decided I will proceed as though I were performing the credit music in a movie. Yesterday by the time I got to the fourth page of this charming piece I was pretty much alone in the room. I considered stopping because the piece itself is so sectional. Then I realized that my poltroon soul wanted oxygen  (see poem below) and plunged happily back into playing the remaining several pages. It was a happy choice and my spirits lifted because of it.

There were a couple of volunteer musicians who somehow appeared during this time and made appreciative noises as did a soprano returning for the after church rehearsal. I don’t want readers of this blog to think I am unappreciated. Hardly a performance or service goes by without head turning compliments flying afterwards. So I am well served  in that regard.

I close with the poem I mentioned. Dickinson is much on my mind these days. I continue to return to her lovely lines for inspiration.