I dropped by the public library yesterday. Checked out several books including the graphic novel, Lint by Chris Ware. Inside the front cover is this fascinating page. I know it’s probably hard to see. Ware specializes in small. On the top right is a family tree of the characters in the book. On the left is a diagram which I quite like. Not sure exactly about the meaning. But it seems to start with planet Earth on the upper left hand corner  and the proceed through a series of stylized snapshot diagrams which explain and obscure the book.

In very fine print it says “This periodical comprises one chapter from an ongoing, ridiculously long work.”

Volume 20? (since this number is printed on the spine) But from poking around here, I think this is a publisher number and not the 20th volume of Ware’s “ongoing, ridiculously long work.”

This out of print version of part Ware’s story of Jimmy Corrigan does say “First in a series of pocket size chapters.”

I think these chapters were bound together and made into a book I know I have read (owned?) and given away as gifts, Jimmy Corrigan, the smartest kid on earth.

I think if I could find my volume, I could figure out if the characters in Lint have anything to do with Corrigan.

Anyway, Lint is a bleak little read which outlines the life of Jordan Lint. Jordan Lint is pathetic in the way we are all pathetic. He is handed a life where his mother dies when he is young and his father is a creep. He then spends his life alternately being creepy (good old Dad’s influence?) or pathetically trying to be good (presumably like his mom was).  The balance definitely comes down on the creepy side when he googles his estranged son and finds the son has written a tell-all memoir which details his (Jordan Lint’s) abuse and repression of his (the son’s) homosexuality.

Not an uplifting little tale. But I do like Ware’s work quite a bit. 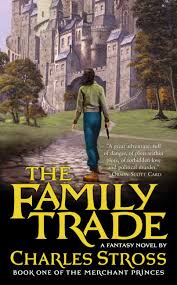 The main reason I dropped by the public library yesterday was I was about done with The Family Trade by Charles Stross and wanted to get the next volume in this series, The Hidden Family.

This is escape reading for me. I finished the first one last night and started the second. So far the story is about one journalist’s descent into discovering her birth mother was “world-walker” who was murdered when she was a child. Miriam (the journalist’s name) is caught up in a web of corruption both on earth and it’s phantom parallel world(s).

The writing is clear. The plotting engaging. What more do I want from a summer read?

I also phoned up the college music library yesterday and convinced them to let me in to look at a couple of volumes of Scarlatti Essercizzi (Keyboard Sonatas).  It’s only open 2 hours a day in the summer.

I wanted to research the one I have been rehearsing (K. 135 link to old post “Thank you, Scarlatti” with more info in it)

The Longo edition which I own raises questions about the editor’s choices in which notes to include in the edition. I photocopied and  examined a facsimile edition and a more up to date modern edition to help me decide how to play this piece. 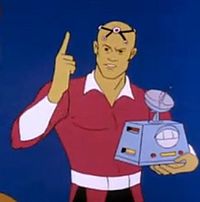 I sometimes feel like my blog is a sort of convoluted swollen esoteric self absorbed “tweet.” Ahem.

I read Al Jazeera English version from time to time. Sorry to see them struggling with integrity issues but I guess that’s the name of the game.

I was riding on a train from Chicago to Holland years ago when I caught a lecture by McChesney on WBEZ. I ended up reading books by him that helped me understand the history of journalism and politics in the USA. Now I catch his radio show from time to time on the web. I think he is brilliant.

Some interesting “on-the-ground” reporting about the recent riots.

Blue Donkey Bar on West Side Shuts After Complaint – NYTimes.com

In the book (which I admire), Chairs are where the people go, Misha Glouberman describes the conflicts he has with bars in the neighborhood of Toronto he lives. This recent article reminded me of his stories about this. 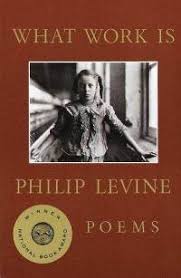 Levine is the new US Poet Laureate. Link to his bio and online poems.

Again I close with a link I have bookmarked to read. This seems to be a bunch of articles to mark the 10th anniversary of 9/11.