Woke up to find no internet or phone. Read Charles Ives bio and did some more organizing of photo files. Broke down and called Comcast on the cellphone. They were able to rectify loss of service with a refresh from their end and a reboot. Now I don’t have a lot of time to blog before I have to go to work.

Yesterday Eileen and I did some consuming. We bought a few grocery items I missed on Thursday, Eileen helped me buy some clothes and I picked up a second external hard drive to use as a back up.

Came home and Eileen did the taxes. For years we had to raise money to pay taxes in April largely due to the fact that I report all my extra income. Silly me. But this year, we are getting money back from the Federal and have a nominal amount due to State. Cool.

I don’t really have time to write more. All is well in Michigan.

“Overwhelming imbalances in wealth and income inevitably result in enormous imbalances of political power. So the corporations and the very wealthy continue to do well. The employment crisis never gets addressed. The wars never end. And nation-building never gets a foothold here at home.”

“If ever public service unions needed to have their voices heard, it is now, when they find themselves demonized for much that ails America. Not that they are without fault. But to hear some people talk, you would think that it was workers, not bankers, who brought the country to the brink of economic catastrophe a couple of years ago.”

I Hear Thy Welcome Voice « HymnPod

Ives uses this hymn in his first sonata, second movement

I was unable to purchase an MP3 of this lovely recording by Joanna MacGregor. Ending up buying a nice one by Jeremy Denk. 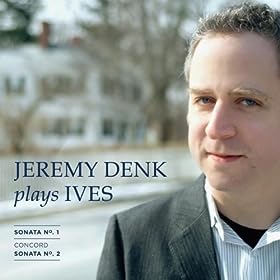 I read his blog on occasion: http://jeremydenk.net/blog/

Elements of Theater on View in Libya – NYTimes.com

“Four decades of ruthless penalties for political dissent — and vast rewards for Qaddafi loyalty — long ago transformed Libyan public life into a kind of elaborate theater, dropping a heavy curtain between public expression and private opinion.”

Wisconsin Manufacturers and Commerce, a business lobbying group, has asked its members and supporters to fight corrupting union political spending by making “unlimited” and “undisclosed” donations. Hurray for transparency and fairness!

Can’t get the interactive map to embed. But this is a quick and easy way to see some of the results of the Census.