Before Emancipation, enslaved blacks were rarely lynched, because whites were loath to destroy their own property.  Ta-Hanisi Coates 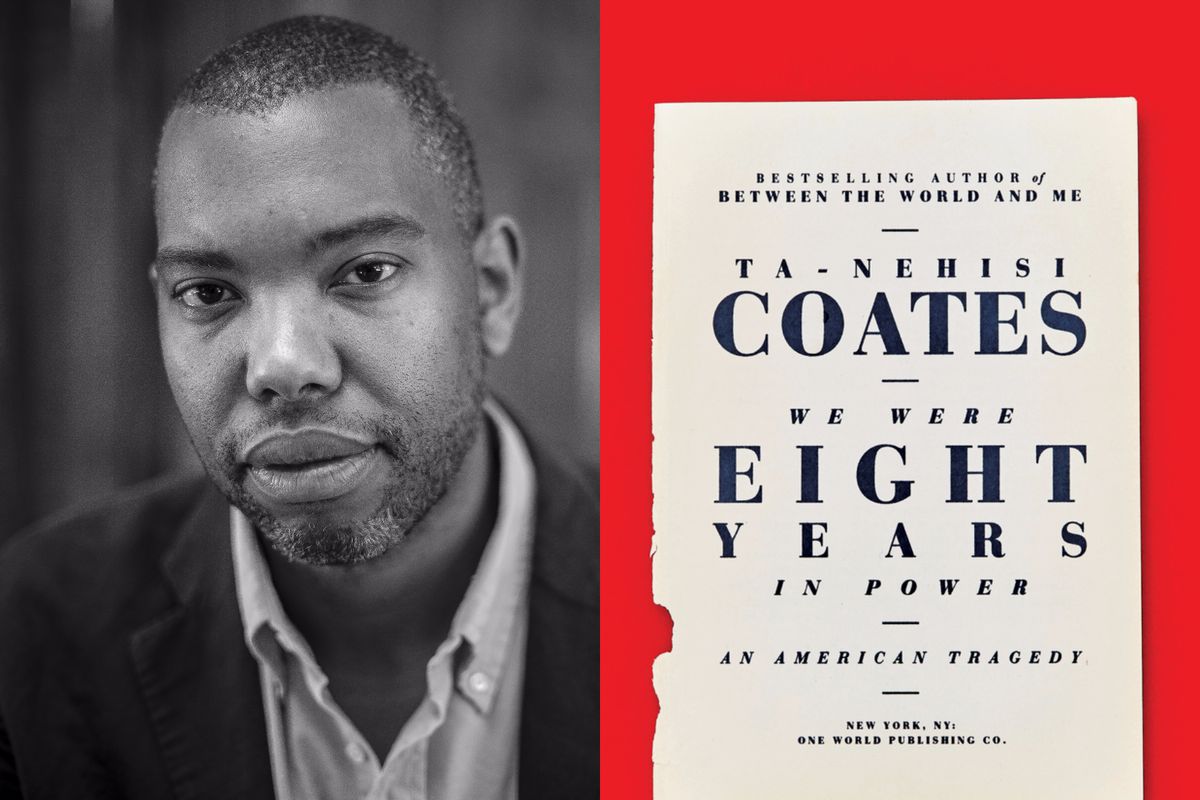 Yesterday I pushed on in my reading of Ta-Nehisi Coates’ We Were Eight Years in Power: An American Tragedy. I’m just about done with it. It makes good reading while treadmilling. The title by the way comes 1895. South Carolina congressman Thomas Miller appealed to the state’s constitutional convention when he said, “We were eight years in power. We had built schoolhouses, established charitable institutions, built and maintained the penitentiary system, provided for the education of the deaf and dumb, rebuilt th ferries. In short, we had reconstructed the State and placed it upon the road to prosperity.”

Coates goes on: “By the 1890s, Reconstruction had been painted as a fundamentally corrupt era of ‘Negro Rule.'”

I wonder how many people who find Coates troubling know that the title of his book doesn’t come from a comment about Obama’s years although it’s an obvious pun on both 1895 and 2016.

In the 2016 election, Trump dominated white voters in most categories. According to Ta-Nehisi Coates, he won white women, white men, white people with college degrees, white people without them, young whites (age 18 to 29), adult whites (age 45 to 64), and senior whites (age 65 and older). Coates attributes some of this to the fact that Trump ran as a Republican which has come to be the party of white people. But “By his six month in office, embroiled in scandal after scandal, a Pew poll found Trump’s approval rating underwater with every singly demographic group. Every demographic group,that is, except one: voters who identified as white.”

So liberals who have trouble understanding the election of 2016 have to discount what is obvious: Trump is the party of white supremacy. Coates grants that not everyone who voted for Trump is a bigot or a white supremest, just people who chose to put one in the white house.

He finds the focus on the white working class as the base of Trump’s support puzzling, “given the breadth of his white coalition. Indeed, there is a kind of theater at work in which Trump is pawned off as a product of the white working class as opposed to a product of an entire whiteness that includes the very authors doing the pawning. The motive is clear: escapism.” Escaping the truth that “racism remains, as it has since 1776, at the heart of the country’s political life.”

My reading of history confirms this.

I’m not feeling much like church this morning. I got up and took a shower listening to old rock and roll and Motown. That helped a bit. Yesterday I decided to schedule a couple of organ pieces by Ned Rorem for a week from this Sunday.

He wrote four Organbooks before he died. In many of them he brings his developed sense of song to bear. In fact one of the two pieces I plan to play is simply entitled “Song” (from Organbook I). The other, “Magnificat,” comes form Organbook II and is equally lyrical. It is consoling that I can do good music in the course of my job.