“I suppose it is tempting, if the only tool you have is a hammer, to treat
everything as if it were a nail.” Abraham Maslow 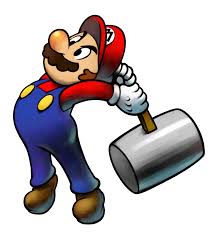 Fortunately for serious minds, a bias recognized is a bias sterilized.
Benjamin Haydon

Our blight is ideologies — they are the long-expected Antichrist! 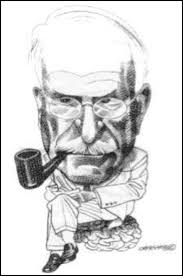 What persuades men and women to mistake each other from time to time for gods or vermin is ideology. One can understand well enough how human beings may struggle and murder for good material reasons — reasons connected, for instance, with their physical survival. It is much harder to grasp how they may come to do so in the name of something as apparently abstract as ideas. Yet ideas are what men and women live by, and will occasionally die for. Terry Eagleton

By “nationalism” I mean first of all the habit of assuming that human beings can be classified like insects and that whole blocks of millions or tens of millions of people can be confidently labelled “good” or “bad.” But secondly — and this is much more important — I mean the habit of identifying oneself with a single nation or other unit, placing it beyond good and evil and recognizing no other duty than that of advancing its interests.Nationalism is not to be confused with patriotism. … By “patriotism” I mean devotion to a particular place and a particular way of life, which one believes to be the best in the world but has no wish to force on other people. George Orwell, “Notes on Nationalism” 1945, link to entire essay

Harder to determine is the bias in sources one respects and presumably agrees with.

I approach the New York Times as the best American news source. It continues to boggle my mind when intelligent people I know prefer the Wall Street Journal to it.

I have read good and bad journalism in both papers. But of late I have found the Wall Street Journal to be more reactionary and provincial. But I think I am getting more critical of people who seem to reduce life to its monetary aspects.

The only bias one really need struggle with is one’s own. Others biases are obvious to the observer who is paying any attention at all.

In fact the process of maturing is continually examining one’s biases and deciding if they really reflect one’s conscious intentions.

In addition these days even reasonable sounding sources need to be examined for their starting assumptions. Easily done with the Internet at your fingertips.