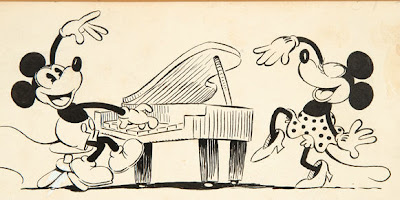 So I played for my Mom’s retirement home yesterday.

I began playing a bit early.  Folks come early to these things. I thought the Mozart would be a happy way to begin. I quickly discovered the piano was not only out of tune with a much worse tone than I recalled, but the low G two octaves below middle C also stuck.

Of course many of the pieces I had chosen utilized this note quite a bit.  I mentioned it to the audience. If they were watching they could easily see that I was unsticking it from time to time as I played.

The Bach was the Gavotte from the G major French Suite. It’s a happy little thing.

People responded well. It’s kind of tricky working this kind of crowd. Levels of cognition vary widely. But there was lots of singing along on the pop Xmas tunes which I encouraged.

I talked to them a bit about the Brahms before I played it. Brahms was my age when he wrote this lovely piece (you can check yesterday’s post for citations of the Mozart and the Brahms I played).

It’s so ironic because I took some special pains to walk into this gig prepared to play the classical music well. Yesterday morning I played slowly through several of the pieces as though I were preparing for a recital.

I told my wife over drinks last night that my performance was distorted by the bad piano sort of like looking at something through rippled glass. The musical ideas were there but garbled by the bad intonation and sound of the piano. Ah well. I still gave it my all.  And it’s not unusual for pianists to be given an impossible instrument to play.

I ditched the Satie because of the sticking G note.

The Gymnopedie I prepared was actually in G major (as was the Bach).  The hypnotic repetition of the piece would have been seriously disturbed by simply playing the bad note an octave lower. Or at least that’s what I thought on the spot.

I decided to include this familiar piece by Chopin:

After the Chopin one member of the audience derisively commented that it was perfect soap opera music.  I think it’s lovely.

Today I will rehearse a piece I have transcribed with my cellist for Xmas eve.

And here’s the first page of my edition:

Here’s pdfs of my working editions, for what it’s worth. (cello part pdf, harpsichord part pdf). I’m not quite satisfied with the realization of the figured bass (the right hand of the keyboard part was improvised by players at the time… that’s the reason there are only two lines in the original… to make a modern playing edition it’s necessary to “realize” or fill in the harmonies).