Traffic on this blog has been unusually high this week. It hovered around fifty hits on Monday and Wednesday. Not sure what if anything this means. My local library doesn’t seem to own the second volume of the graphic novel adaptation of Neil Gaiman’s The Graveyard Book. But it does own the original novel on which it is based.

I checked it out and began at the beginning. This means I am rereading the material that the first volume is based on.

I don’t think I’ve ever done this in this order, that is, graphic (comic) book adaptation to original source. I have done it the other way  from original to adaptation.

I’m not a fan of Gaiman although I do read his work on occasion. I have to say that his prose is much better than the adaption. Of course the adaption like so many of Gaiman’s projects is not one graphic artist but many. Each chapter is drawn by a different artist. They do try to be a bit consistent in how they represent main characters and such but it is bit bumpy that way. However the main difference is that Gaiman’s prose evokes in this reader much more detail and nuance than the comic book. This may be about my lack of visual response combined with a heightened sense and love of words.

I have been noticing that a lot of modern poetry I read seems to conclude with what is almost a punch line. It makes sense as poets cast about for the language they speak and hear people speak which is of course inundated with popular culture references and tempos and such.

“… Jesus sure
would appreciate

even if my cue
cards are crooked. Half the fun

from Pat Robertson Transubstantiation Engine No. 4 by Mark Bibbins

“You fish, you wish you were robots
so you could drink the crude
that robots drink. You pelicans
you turtles, you shrimp, you know
the drill: IT IS WE WHO ARE IMPORTANT
when we swim down to the holes
we’ve punched in the world
and suck the money out.”

from Action Figures by Mark Bibbins 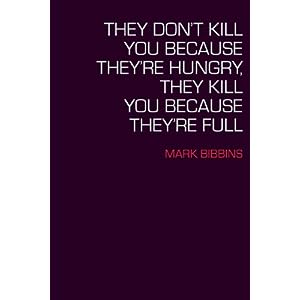 This article points out that protesters sang “Happy Birthday” to quell attackers. The power of music.

Why Do We Re-elect Them? – NYTimes.com

Because what we believe about them is wrong, ridiculously wrong.

So the leader of Hong Kong writes a letter to the New York Times. Hey, isn’t that newspaper entirely censored in China? Hey.