It would be tempting to be discouraged about some people’s behavior I experienced at church yesterday. Believe it or not I try not to be too negative in my posts here.  I think I was a little discouraged when half of the choir decided to leave the post-service rehearsal. Three of the people who left were apparently heading to a party, the fourth just left with them.  I and four singers remained.

When this sort of thing happens, I try not to let it affect how I treat the people who have chosen to remain.

I told them I wanted to rehearse one more anthem with them. I did so and I think they didn’t leave too discouraged by their fellow singers abandoning the rehearsal so dramatically.

I suspect I only managed to retain the three headed for the party as long as I did in rehearsal because I worked very hard on a motet by Byrd I would like to use at Ash Wed. Before the rehearsal was over I learned that one of the eight singers present couldn’t come on Ash Wed. Two other singers will not be present this weekend which means they would miss a critical rehearsal of this piece.

I would cancel the piece, except I think that doing some of this kind of music is what keeps most of my dwindling number of singers motivated.

I would hate to act in a reactive manner to their behavior and withdraw or postpone the piece, substituting something much easier but less interesting.

At this point I don’t plan to do this. It is a gamble to keep it scheduled. 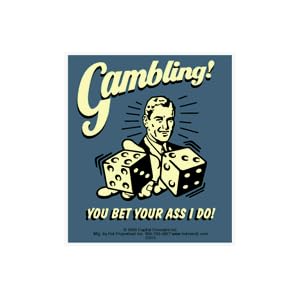 This is more the way I suspect this choir has operated in the past with some of these singers who do have some adeptness in what they do.  For example last week, we “pulled off” a little adaptation of one of Handel’s Chandos anthems.

The performance was the best of our renditions note wise. But since I had to spend all of my time teaching the notes in the pre-service rehearsal I was unable to address the musical subtlety that makes a performance better.

Yesterday we sang a setting of Christina Rossetti’s poetic rendition of the gospel reading called “Consider.” Since we knew this one a bit better, I was able to draw attention to the pure vowels that enable blending. The performance was more in line with what I attempt to do with church choirs.

There were other dismaying moments yesterday.

My family systems mentor the late Ed Friedman would be proud that I continue to try see these incidents as positive indicators of my leadership.

During my post-service rehearsal, several people including my beloved pastor talked so loudly and so long that I was forced to ask them to be quiet so we could hear ourselves sing. I mentioned this before to my boss, but she and the others didn’t quieten down until I told that that we were unable to hear our selves.

That was a moment when I allowed a bit my dismay to show to the choir because it was so obvious and also indicated a level of concentration I try to inculcate in choirs I rehearse.

Earlier during the prelude, I buried my dismay so that I could perform despite the fact that someone was wandering near the organ console and happily whistling away while I performed.

I do know that I had at least one listener to the prelude and the postlude. My wife mentioned that she thought I had played the prelude well. And a parishioner asked if the postlude was Bach and said that he liked it.

In addition the congregation seemed to sing very heartily yesterday and that is always satisfying. I dropped the organ accompaniment to the last stanza to “Jesus, All my gladness” and lightly played the bass line up until the last two measures. Bach chorale settings (of which this hymn is one) always sound to my ears when sung unaccompanied in harmony.

So another day in Jesus’s salt mine I guess. I complained a bit to Eileen after work but then tried to put all this aside for the afternoon. But I was very tired even before I exercised.  It takes stamina and energy to keep one’s balance in the face of this sort of thing when you are as thin skinned as I apparently am.

ThinkProgress » REPORT: You Have More Money In Your Wallet Than Bank Of America Pays In Federal Taxes

Thanks to Cory Doctorow for pointing this out on Boing Boing. Not very surprising to me that the corporations who are actually the special interests that  control our government (not the unions as I heard recently on the radi0) don’t pay a dime in taxes.

Bob Herbert talks to people who are struggling in Philadelphia.

“The big shots are in charge, and they just don’t give a darn about the little person.”

Ezra Klein – Where the teachers unions go, the union movement will follow

I found a link in Ezra Klein’s short Washington Post article to a pdf of what looks like a thoughtful level-headed proposal (pdf) outlining a specific process for evaluating and, if necessary, firing underperforming teachers from Randi Weingarten, head of the American Federation of Teachers. I’ve only just skimmed it so far, but I like what I read in it.

“It is savagely immoral and profoundly inconsistent to insist that women endure unwanted — and in some cases dangerous — pregnancies for the sake of “unborn children,” then eliminate financing designed to prevent those children from being delivered prematurely, rendering them the most fragile and vulnerable of newborns. How is this humane?”

“[M]ore than half of the Republicans in the House and three-quarters of Republican senators … say that the threat of global warming, as a man-made and highly threatening phenomenon, is at best an exaggeration and at worst an utter “hoax”…”

“Fred Upton, the head of the House Energy and Commerce Committee, has said outright that he does not believe that global warming is man-made.”

“John Shimkus of Illinois, who also sits on the committee — as well as on the Subcommittee on Energy and Environment — has said that the government doesn’t need to make a priority of regulating greenhouse-gas emissions, because as he put it late last year, “God said the earth would not be destroyed by a flood.”

“It is very difficult to get a man to understand something when his tribal identity depends on his not understanding it” Michael Bérubé, a literature professor at Penn State aptly quoted in the linked article….

Another excellent article by Nicholas Kristoff pointing out the inherent contradiction in the patronizing stereotype idea that the Arabic world is not ready for democracy.