Eileen won her bid and purchased a new bookshelf for 33 dollars plus 15 per cent auction fee. She’s putting it together as I write.

I will have to lend a hand when she gets ready to put it in the guest bedroom/study. In the meantime I am resting.

Before lunch a took a ton of books upstairs and filed them. They have been sitting around waiting to be filed.

This morning I read in Vaughan Williams charming book, National Music and Other Essays.

It’s like listening to someone ramble. It holds my attention entirely.

As you might expect he can turn a phrase.

The Venusberg music from Tannhäuser is good music when it comes to the right dramatic moment in the opera, but it is bad music when it is played on an organ in church. I’m sorry to have to tell you that this is not an imaginary experience.

I would define genius as the right man in the right place at the right time.

There are very few great composers but there can be many sincere composers.  There is nothing in the world worse than sham good music.

Speaking of Wagner I picked up Alex Ross’s Wagnerism again and read in it a bit this morning. Mark Twain is on record: 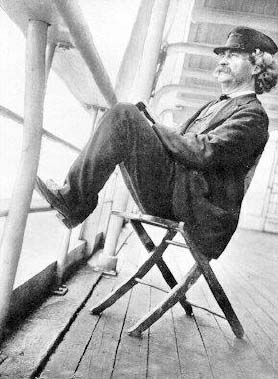 “The opera of “Tristan and Isolde” last night broke the hearts of all witness who are of the faith, and I know of some and have heard  of many who could not sleep after it, but cried the night away. I feel strongly out of place here. Sometimes I feel like the one sane person in a community of the mad’ sometimes I feel like the one blind man where all others see; the one groping savage in the college of the learned, and always,  during service, I feel like a heretic in heaven.

I especially identify with the “groping savage” remark.

After a short break, here’s where we are in the guest bedroom/study.

Eileen is putting the finishing touches on the bookcase. These are the books we took from off the flimsy shelf.

This is the messy desk.

Bookshelf with books in it.

I have to go fold clothes.