I have been doing some interesting things with my food.

I decided to figure out how to use radish greens since radishes often come with them both at the local Farmers market and in the grocery store. After a little reading, I made radish green pesto using a couple handfuls.

My theory is that Parmesan cheese, nuts, and garlic will make most any concoction worthwhile.  The mixture was resistant to being turned into a paste in my blender. I had to keep fussing with it, but in the end it turned out pretty good.

I purchased two kinds of mushrooms at the Farmers market on Saturday. I keep eyeing this wonderful mushroom grower’s booth and finally succumbed (to the tune of $18 for two different kinds). 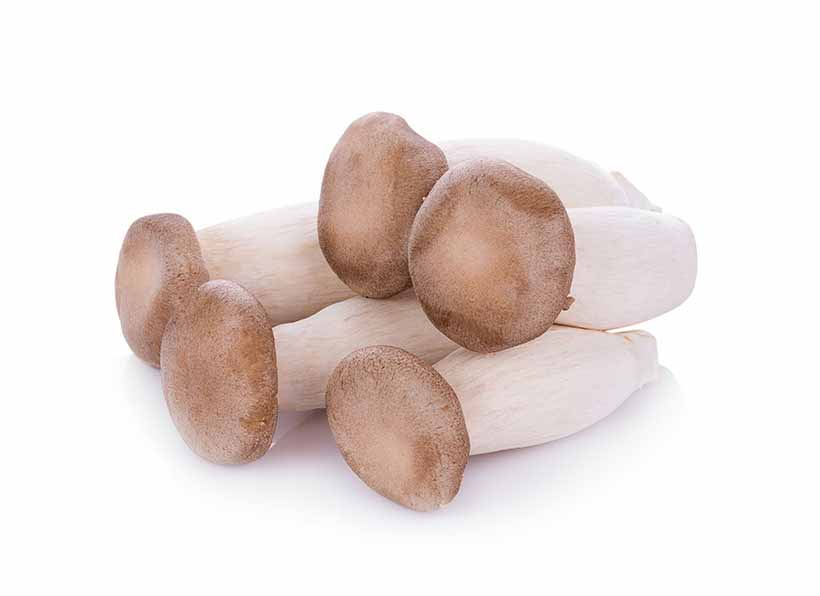 I forgot what the seller called them (if she called them anything at all). But I think at this point that one kind was King Oyster Mushrooms. They looked a lot like those pictured above. 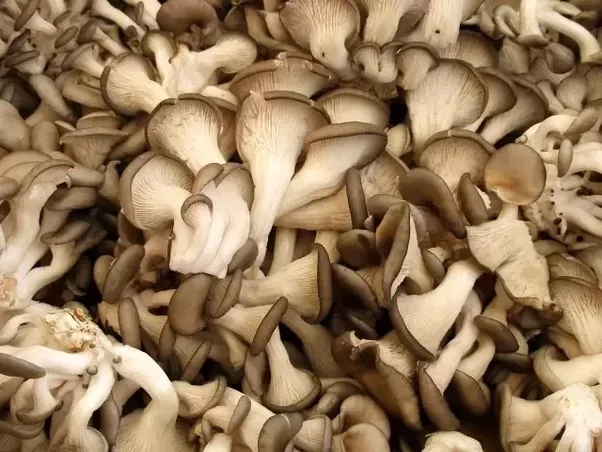 I cooked up the second batch this morning. I think they were shiitake mushrooms. That’s what’s pictured above.

I also got up and steamed the rest of the radish greens. They taste somewhere between spinach and arugula. 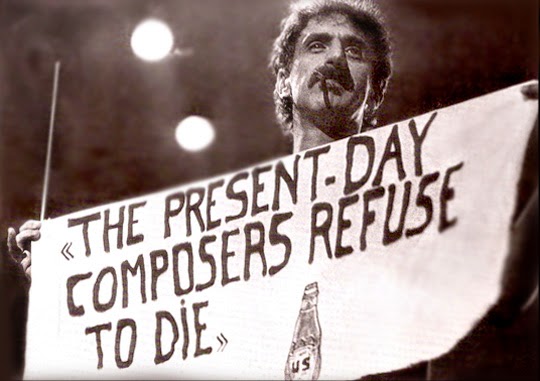 I have discovered that if I watch stuff that interests me, my running in place for twenty minutes goes quicker. This morning I watched most of a 2000 documentary about Zappa called “The Present Day Composer Refuses to Die.” I couldn’t get YouTube to let me share a link. You can easily search there. I think it’s also here.

I liked several things about this documentary. I liked their choice of which of Zappa’s music to put in the background. I recognized a good 85% of it.

In addition, it was very interesting to listen to the late, great George Duke discuss how Zappa taught him to love or at least accept rock and roll and synthesizers.

I know I’ve mentioned it before, but I managed to see theses two great musicians perform together live along with Jean Luc Ponty and the rest of the Mothers of Invention. One of my summer reads has been Nabokov’s Pale Fire. I used to own one of those cheap paperbacks of it when I was a kid. I never made it all the way through then. It purports to be an edition of a long poem with lots of apparatus. It contains an introduction by the fictional editor and acquaintance of the poet. Most of the book is extensive, over the top, footnotes in which the ostensible editor, Dr. Kinbote, makes the entire poem about him. He can pull this off because the fictional author, John Shade, is now dead.

In his introduction, Kinbote suggests that the readers skip the poem and read the notes straight through. This is what I did. I finished them this morning. Kinbote advises readers to then read the poem and then reread the notes. I’m planning to read the poem, but I don’t know about wading through the preposterous though entertaining notes.

It occurs to me that I am now at a point in two novels where what I have to read are long sections of poetry. After a fictionalized description of John Keats death in Italy, Burgess translates a bunch of hilarious slightly obscene Biblical poetry by the obscure Italian poet, Belli.

Part of the story he makes up about Keats is his casual connection to Belli.

This link is above, but I thought I’d put it here as well. I also learned from this documentary that Zappa was a literate composer and put a lot of his music on paper before rehearsing, performing, and recording it. If his estate continues to stall access to his work, I’ll probably never be able to access much of his work in printed form. Too bad. But I do like to listen.

Switch off the phone, turn on the radio and tune into Proust

This weekend on BBC Radio 4. I still love me some Proust.

This is the recipe I used. The web site like so many food ones, is an absolute pain in the ass with pop ups and constant loading of shit. If you scroll down, there is a printable copy of the recipe. That’s what I did.

This was my lunch today.  It consists of sliced radishes in a circle topped with radish pesto (something one of the recipes suggested). Right behind the radish are halved cherry tomatoes. Sauteed shiitake mushrooms and diced onion sit on a bed of leaf lettuce and arugula. After taking this pic I put olive oil and balsamic vinegar on it. These last two were the only ingredients not purchased at the local Farmers market. This tasted pretty good to me. My life (and food) is good!